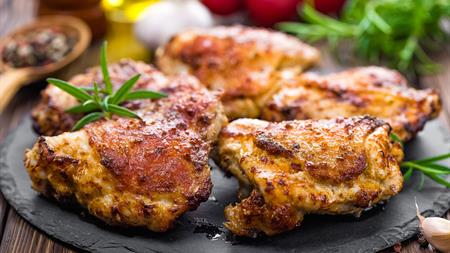 The accident happened on 24 January 2017 after the forklift driver had dropped off some pallets in Moy Park's yard at the Airfield Industrial Estate in Ashbourne, Derbyshire.
He reversed around a trailer and did not see the yardman, who was standing behind the trailer and was unaware that the forklift truck was manoeuvring in the area.
The yardman sustained serious injuries and his left leg had to be amputated above the knee.
Moy Park pleaded guilty to breaching reg 17 of the Workplace (Health, Safety and Welfare) Regulations, which covers the organisation of traffic routes. It must pay costs of £11,651.
After the accident the Health and Safety Executive (HSE) said the company, which had a turnover of £1.5bn in 2017, implemented measures to ensure yardmen and forklift trucks are segregated when operating in the yard.
HSE inspector Lindsay Bentley said the accident could have been avoided "if basic precautions had been put in place".
In April 2015 one of the poultry giant's employees sustained a deep laceration from a cutting line blade at a facility in Sleaford, Lincolnshire, resulting in a £200,000 fine.
And in 2010 it was fined £35,000 after a worker broke his arm in several places when he leaned into a moving conveyor.
Topics
Safe systems of work
Workplace transport
Manufacturing and engineering
News