Workplace violence affects one in eight 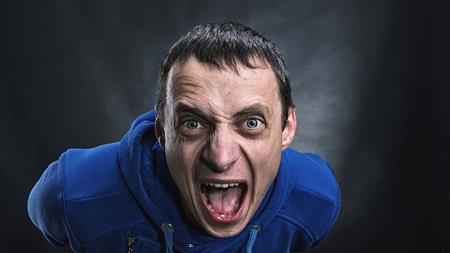 The poll was carried out by YouGov on behalf of the TUC and involved 1,642 workers aged 18 and over. It revealed that 12% of this sample had experienced work-related violence such as being stabbed, punched, pushed or spat on.

The TUC says if this figure is a representative sample, then almost four million people may have had to deal with violence at work. Twenty per cent of those who have experienced violence at work say it has happened more than ten times.

Workers in the healthcare industry suffered violence at work more than any other sector (22% reported a t least one violent incident), followed by 12% of workers in education. The hospitality and leisure sector saw 11% of workers subjected to violence, followed by 9% in retail and 6% in manufacturing.

"Workplace violence is far too common in the UK," said TUC general secretary Frances O'Grady. "These disturbing findings show that millions of people are likely to experience violence and intimidation at some point in their working life -- with A&E [Accident and Emergency department] staff, nurses, teachers, hotel receptionists and shop workers particularly at risk."

Separate figures on violence against retail staff, published by the British Retail Consortium (BRC) has revealed a slight rise in violent incidents. The BRC's 2015 Retail Crime Survey finds that in 2014-2015 there were 41 violent and abusive cases per 1,000 employees compared with 32 in 2013-2014. A total of 48,530 incidents were reported last year.

Abusive or aggressive behaviour accounted for 20 instances per 1,000 staff. Two incidents every 1,000 employees involved violence which led to injury. This is in line with 2013-2014 levels. Cases of violence without injury, on the other hand, increased from 11 to 19 in 2014-2015. This figure could be even higher as violence and abuse that does not involve physical violence, such as threatening a member of staff with a weapon, are often not reported.

The survey, which covered retailers with a combined workforce of 1.4 million, identified some of the triggers of violent or abusive incidents against retail workers. They include requesting proof of age or confronting customers who are suspected of theft.

Many businesses deploy measures such as security guards and closed-circuit television to try to safeguard employees. The survey showed that 85% of participating businesses also provide regular training on managing and diffusing violence and identifying and preventing shop floor theft and fraud.

The survey asked retailers to identify two crime-related threats they think are most likely to affect their businesses in the next two years. The top two answers were theft by customers (40%) and fraud, including cyber-enabled fraud (24%). Only 5% of respondents cited violence against staff as a significant risk.

The BRC said the same levels of police support need to be available for shop staff who suffer violence at the hands of a customer as other victims of violent crime.

The TUC has published guidance on what companies should do to crackdown on violence at work. It said threatening language and verbal abuse should be dealt with quickly in order to prevent it developing into physical abuse, and employees should be encouraged to report violent incidents and thoroughly briefed on how to do so.