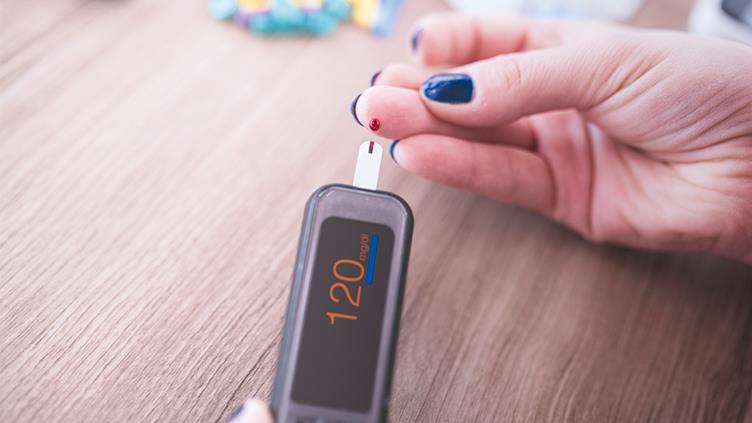 Since 1996, the number of people living with diabetes in the UK has more than doubled; one person is diagnosed every two minutes. According to Diabetes UK's latest estimates, almost 3.5 million adults have been diagnosed with the condition, while it remains undiagnosed in more than one million others.

About one person in ten has type 1, which is treated by daily insulin doses, taken either by injections or through an insulin pump. The rest have type 2, which can be managed with a healthy diet and increased physical activity, though in more serious cases medication or insulin (or both) may be required.

Type 1 often appears in childhood, while type 2 tends to develop after the age of 40, but in both cases there are exceptions: the UK's prime minister, Theresa May, for example, was diagnosed with type 1 diabetes in her mid-50s, when she was home secretary.

With so many people affected and numbers rising all the time, you might expect it to be well understood by employers. According to people with the condition, however, this is far from being the case.

Christine Smythe, a health and safety manager, was diagnosed with type 2 insulin-dependent diabetes at just 24. She remembers the shock of receiving this "life-changing" diagnosis and having to tell her then manager, who said he hoped she would not use it as an excuse to skive off work. She has also encountered managers who are unaware that diabetes -- a long-term condition that affects a person's ability to do normal day-to-day activities -- is generally classed as a disability under the Equality Act 2010. So workers can seek compensation from employers that fail to make "reasonable adjustments" to enable them to do their jobs.

Despite the risk of a negative reaction, Smythe has always made clear to co-workers that she has diabetes and urges anyone with the condition to do the same.

"You can't insist people tell their close colleagues," she says, recalling "one person who never let on, even though everybody knew he had it". However, she advises workers to be open because if they are insulin-dependent and their blood sugar drops quickly, they could have a hypoglycaemic episode or "hypo" and colleagues need to know how to react.

"To see someone in the full throes of a hypo is very frightening," she says -- so much so that she remembers a friend running away when she had one. "People have asked if they should inject me with insulin if I have a hypo, which would kill me," she adds, so it's vital both first aiders and colleagues understand what to do in an emergency.

"If you have a hypo, you do look drunk," says Matthew Clayton, construction safety director at consultancy Marus Safety Solutions, who has type 1 diabetes. "Generally, you can feel when it starts coming, you get the shakes, feel light-headed and then lose co-ordination."

Clayton was once caught out after some heavy lifting on a site, when he thought he was on a high from "that feeling of a job well done". It was a colleague who "realised what was happening, sat me down and ran to get me a Coke". So it is important co-workers know how to recognise the signs of a hypo and what can cause it, such as stress or manual work -- though this varies from person to person. They need to know which type of diabetes the person has, what to do in an emergency -- "if they display erratic behaviour, get a sugary drink into them" -- and any other requirements the person has.

In the case of insulin-dependent diabetics, says Clayton, "you need space in the fridge for insulin because it needs to be kept cool. You need to discuss where you will store a hypo remedy -- a drink, a Mars bar or glucose tablets to restore sugar levels. I had a small fridge near my desk, I put my name and 'do not touch' on it, and in it was my insulin and hypo remedy."

Smythe keeps hypo remedies in her desk drawer and anyone with diabetes can use them if necessary, as long as they told her so she could replace the item. "But you can't provide emergency stocks of insulin or medication because there are too many different types."

Employees with diabetes may also need adjustments to the workplace or their working day, although this depends on the type and severity of their condition (see Diabetes adjustments box above).

Different people experience a hypo in different ways but common warning signs include feeling shaky, sweating, hunger, tiredness, blurred vision, lack of concentration, headaches, feeling tearful, being moody or going pale. Mary Carter, a health and safety manager at a quarry employing 45 people, says she managed a foreman (now retired) with type 1 diabetes. "In general, he managed it very well but I would always know if he had a problem as his tone would change over the site radio and he would become more aggressive in his responses. I would know he was starting to deteriorate even if he didn't know it himself.

"Management consisted of advising him of the change in his behaviour and he would take measures to correct his sugar levels. I was always aware of the work he was doing and we had radio contact the whole time.

"Dehydration was also an issue when it was very hot, so we monitored this as well. We made sure there was air conditioning in his loading shovel and that there were plenty of fluids available. These were the practical issues to monitor but the biggest thing was talking to him." 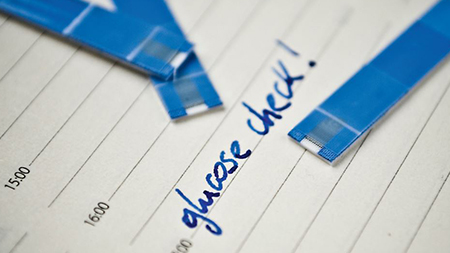 As long as you "know your people" and have a "good one-to-one relationship" with them, Carter says, employers need not bar people with diabetes from high-risk workplaces or activities on safety and health grounds.

According to advice issued by Diabetes UK, "it is unlawful for an employer to operate a blanket ban on recruitment of people with diabetes", though "some jobs involving safety-critical work will have legitimate health requirements that may exclude some people with certain medical conditions, including diabetes" (see Supporting People with Diabetes in the Workplace, available at bit.ly/2oG5XlS). After extensive campaigning by the charity, the emergency services have lifted blanket bans on employing people with insulin-dependent diabetes. As a result, the charity says, "recruitment and retention of people with diabetes in the police, fire and ambulance services should now be subject to individual medical assessment. However, the UK armed forces are exempt from the Equality Act and can operate a blanket ban on the recruitment of people with diabetes."

Some NHS ambulance trusts still place restrictions on people with diabetes who wish to be crew but Diabetes UK is challenging these. There was a time when people with the condition were discouraged from doing shift work, but improvements in blood glucose testing and more flexible insulin regimes have made this less of an issue.

"I would never send someone with type 1 diabetes to do lone work," says Smythe, but, as long as they manage their sugar levels and diet well, "they can do 99% of things as normal".

Driving for work is an area that employers need to be careful about. People treated with insulin are only able to hold a Group 2 driving licence (for heavy goods or passenger vehicles) on a one-year renewable basis. They then have to be reassessed and only about half of those who apply or reapply are successful. An insulin-dependent diabetic who holds a standard licence usually needs to renew every three years.

For other high-risk jobs, such as working at height, Clayton says: "You have got to talk it through with the person and clearly explain the risk. The diabetes adds more risk, not only for the individual but also for any colleagues who might have to rescue them. You have to walk the line between being fair to the employee and not going further than everything that is reasonably practicable because ultimately diabetes is a personal illness and the individual has to accept personal responsibility too."

Clayton developed complications caused by his diabetes, including neuropathy, or nerve damage affecting his lower body, and had to take very strong painkillers. His employer at the time dismissed him but he remains sanguine.

"It was fair dos, really," he reflects, "because I couldn't do the job; it was too much. Now I can take breaks, and I can sit in front of a laptop instead of travelling up and down the country."

However, he warns employers to justify in writing any decision to dismiss or to change someone's duties to prove they are not overreacting or using safety and health as an excuse to sack them.

If you say 'Is it going to affect what you do?' it is a negative way of asking

As well as physical complications, diabetes can also lead to depression. Stressful situations such as high-pressure meetings or a heavy workload can cause blood sugar levels to surge or crash, making it harder to manage the condition.

Being diagnosed with and living with diabetes can feel overwhelming, Diabetes UK's guidance says, and the employer may need to encourage the individual to attend their regular medical check-ups or contact the charity's helpline on 0345 123 2399 or [email protected].

Misunderstandings about diabetes persist. However, individuals know how to keep their condition under control so, as Clayton, Smythe and Carter all point out, the key thing is for safety and health practitioners to talk to the employee about their particular needs.

Speaking to Diabetes UK's Balance magazine in 2014, Theresa May said: "I would like the message to get across that it doesn't change what you can do. The more people can see that people with diabetes can lead a normal life doing the sort of things that other people do, the easier it is for those who are diagnosed with it to deal with it."

Clayton has a simple piece of advice for employers to help to create a supportive atmosphere from the outset of the working relationship and show they do not regard diabetes (or other long-term health conditions) as a barrier to employment.

"When managers carry out an induction, we ask people whether they have any conditions that may affect their job," he says. "I suggest we reword the question as, 'Do you have any existing medical conditions you would like us to know about?' because if you say 'Is it going to affect what you do?' it is a negative way of asking. We need to have an open door."