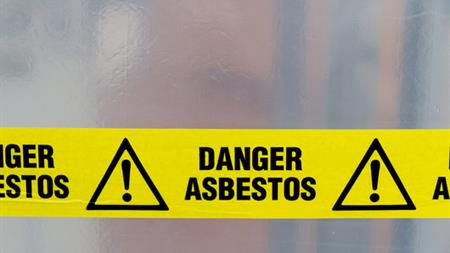 Quainton Logistics and Storage had let conditions on site fall well below the expected standards, said the Health and Safety Executive (HSE).

Workers had not been given personal protective equipment and used crow bars to smash up asbestos cement roof sheets, which then had been left on top of mobile elevated work platforms (MEWPs) and forklift trucks.

They were also working near open service pits without fall restraint equipment or edge protection, and a MEWP had been parked 1 m away from the perimeter of one of the pits.

Only one of the three foreign nationals who were operating the workplace vehicles spoke English, and there were no toilets or washing facilities on site.

On 4 May 2016 the HSE served an immediate prohibition on Quainton for putting workers and the public at risk from the potential spread of asbestos and from falls from height, including the roof and open pits.

The company pleaded guilty to breaching regs 15(2) and 28(6) of the Construction (Design and Management) Regulations 2015, for putting workers' safety and health at risk and for failing to take measures to prevent a vehicle from falling into a pit respectively, and s 3(1) of the Health and Safety at Work Act.