Workers’ rights will all transfer at Brexit, pledges business minister 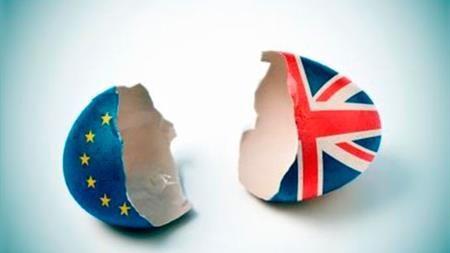 Business secretary Greg Clark, who moved the debate in the House of Commons on 7 November, said: "No one [-¦] should think that we have any intention of eroding the rights that we enjoy in this country through our process of leaving the European Union. We will be using the legislation before this House to entrench all existing workers' rights in British law, whatever future relationship the UK has with the EU."

Clark also said EU-made laws brought across into British law will not be revoked after five years, after he ruled out a "sunset clause" within the proposed Great Repeal Bill. The clause had been previously proposed by Grant Schapps, former Minister of State at the Department for International Development.

The Great Repeal Bill was announced by Prime Minister Theresa May last month to enshrine EU law into UK law following Brexit and will repeal the 1972 European Communities Act.

Opening the debate for the opposition, Labour MP for Norwich South Clive Lewis said: "Throughout the referendum campaign and since, my party has sought assurances that leaving the EU will not lead to any erosion or dilution of those rights.

"It follows that much of what the Secretary of State has said today will be welcomed by opposition members, but let us not forget that it is EU law that has given working people in this country their rights to a limited working week and guaranteed rest periods. It is the EU that has ensured equal pay and protection against discrimination, and it is to the EU that we owe maternity and paternity rights and much, much more."

Despite Clark's reassurances, Labour MPs expressed concerns that the government could try to roll back workers' rights after Brexit in the name of reducing "red tape".

Members including Hilary Benn (Labour, Leeds Central) asked the minister to clarify whether EU-derived worker protection law would be transferred into UK law via secondary legislation or primary legislation (acts of Parliament, since the latter are harder to repeal). Lewis said he was concerned that if rights are enshrined in secondary legislation "the government will use statutory instruments to undermine employment law and workers' rights, and that is not what we want to see".

And fellow Labour MP for Great Grimsby, Melanie Onn, said the government "stopped short of offering a commitment to primary legislation to protect workers' rights. This gives me continuing cause for concern. The Great Repeal Bill will not protect all existing workers' rights; it will leave them in a much more vulnerable position".

Minister of State at the Department for Exiting the European Union, David Jones -- who recently told Labour MP Matthew Pennycook that EU laws will be converted into domestic law "wherever practical", said the issue of primary or secondary legislation would be "considered during the passage of the Bill. The House will therefore have the opportunity to debate those issues in full in due course.

He also assured Labour MPs who had raised concerns about transposition of rights based on judgments of the European court that "the starting position of the Government is that EU-derived law, from whatever quarter, will be transferred into United Kingdom law in full at the point of exit".