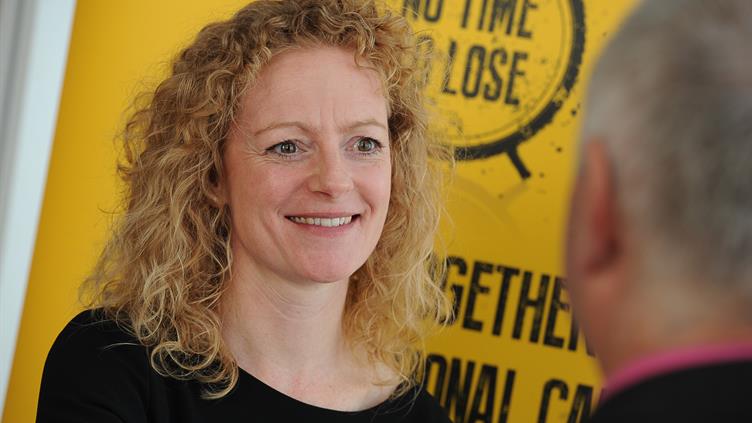 Shelley Frost, executive director of policy at the Institution of Occupational Safety and Health (IOSH), said among the controls for employers to consider was preventing employees from exposure to harmful carcinogens which can cause cancer.

Speaking on International Workers' Memorial Day, she added that systems to prevent workers suffering from mental health problems are also vital for a successful business.

Events are due to be held around the globe today to remember people who have lost their lives as a result of work.

Shelley said: "International Workers' Memorial Day provides an opportunity to pause and remember all of those who have died through doing their job, including those killed in workplace accidents and those who have contracted a work-related disease."

She added: "It is also a chance for us to reflect on what progress has been made in making workplaces safe and healthy and consider what more can be done."

IOSH believes it is vital that employers to view health as much as a priority as safety, with more people dying from work-related cancer than injuries sustained in workplace accidents.

Last month, IOSH held a roundtable debate in London on controlling exposure to silica dust. This was part of the launch of the latest phase of its No Time to Lose campaign to tackle occupational cancer.

The institution is offering free and practical guidance to organisations on controlling exposure to harmful to carcinogens such as silica dust.

Silica is found in materials such as stone, concrete, bricks and mortar. Activities such as laying ballast, cutting concrete, bricklaying and even sweeping up can release the dust which when breathed in can cause lung cancer.

IOSH also believes that organisations should have systems in place to prevent employees suffering from mental health problems, such as stress.

Earlier this year, it held a Parliamentary reception for recently-elected MPs and new peers to raise awareness of the issue.

Meanwhile IOSH took part in the latest meeting of the Health in Construction Leadership Group on 21 April, which focused on issues including mental health and the harmful effects of dust.

Shelley added: "Both ill health and poor mental health among workers are costly to organisations. By investing in ways of controlling the risks organisations they can reap the rewards and experience improved reputation, resilience and results."