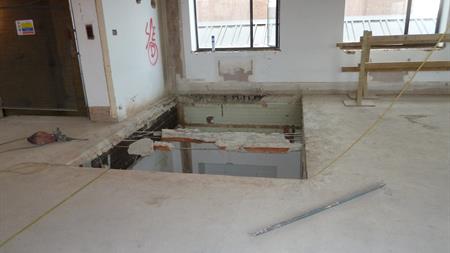 The Formation Construction employee was using a concrete breaker at Tech West House in Acton to make an opening for the stairwell when he fell on 4 November 2015. He sustained fatal head injuries.

A Health and Safety Executive (HSE) investigation found the company had not planned or supervised the work and had failed to ensure it was being carried out safely.

It served an enforcement notice, stopping the work activity until there were guardrails or barriers to prevent workers falling.

Formation Construction pleaded guilty to breaching s 2(1) of the Health and Safety at Work Act and was fined £300,000 plus £17,528 costs at Westminster Magistrates' Court on 18 January.

Accounts filed for the year to 31 August 2017 show it had a turnover of £20.9m and is therefore classed as a "medium" organisation under the safety and health sentencing guidelines.

HSE inspector Kevin Smith said the accident was "tragic and wholly avoidable, caused by the failure of the company to implement suitable and sufficient measures to prevent falls".