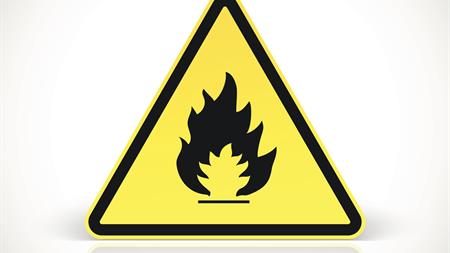 Olympic Varnish Company, whose activities include metallic coating for giftwrap, had failed to identify the risks of using highly flammable liquids, the Health and Safety Executive (HSE) said following its investigation into the 10 July 2015 accident.

The company, based in Stroud, Gloucestershire, has been fined £16,000 plus £4,505 costs after it admitted breaching reg 6(1) of the Dangerous Substances and Explosive Atmospheres Regulations 2002, which covers the elimination or reduction of risks from dangerous substances.

After the hearing HSE inspector Andrew Kingscott said: "If a suitable safe system of work had been in place prior to the incident, the serious injuries sustained by the employee could have been prevented."