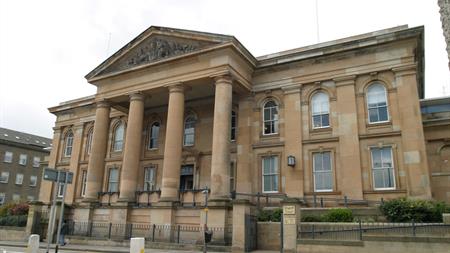 A Health and Safety Executive (HSE) investigation found that none of the workers had formal health and safety training to manage a construction site and that the excavation work had not been risk assessed. As a result, workers were given instructions through verbal briefings rather than detailed, mapped out plans.

Dundee Sheriff Court heard how a 43-year-old employee of Wallace Roofing and Building was part of a team that had been using an excavator to dig a trench to help connect the drainage system of the property with a new extension. When the workers came across a boulder that prevented further digging, they used the excavator to try and shift it.

The injured man was laying the new pipe in the trench and helping to guide the machinery when one of the trench walls, 2.7 m deep, subsided, burying him. His colleagues immediately started digging the soil away from his head to enable him to breathe. The worker remained partially buried in the trench until emergency services arrived and dug him free.

The worker sustained a broken shoulder and collarbone, punctures to both lungs and fractures to all but two of his ribs. He remained in hospital for almost three weeks.

The HSE found that the trench had not been supported or "stepped back" to control the risk of it collapsing. Wallace Roofing and Building, of Star, Glenrothes, Fife, pleaded guilty to breaching ss 2(1) and 33(1)(a) of the Health and Safety at Work Act.

HSE inspector Ritchie McCrae said: "The risks associated with collapsing excavation walls are well known, as are the necessary control measures -¦ the company failed to identify the risk and there was a total absence of any control measure which would have prevented this incident from occurring. The worker sustained serious, permanent injury and is extremely lucky to still be alive."

London, England
Up to £50000 per annum + plus excellent benefits package
Reference
5447892
END_OF_DOCUMENT_TOKEN_TO_BE_REPLACED