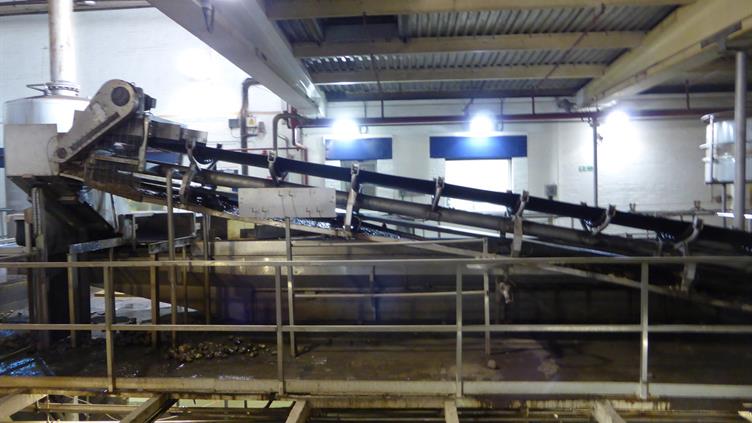 As we reported two weeks ago, on 21 August 2014 the 34-year-old employee was working on the Line 2 bypass conveyor (L2BC) which carried potatoes, when he decided to check a bearing that had previously collapsed and damaged the head roller.

He climbed on to some scaffolding that was erected ahead of the roller's replacement. He leaned down and around to look at the bearing when his right arm was dragged in to the conveyor belt, causing a traumatic near-amputation.

The Health and Safety Executive's investigation found that the factory layout had been changed 13 months before the accident. A risk assessment was carried out for the L2BC following the change of layout but it failed to identify the new risk at the head roller's nip point which was previously inaccessible. The frozen produce manufacturer also failed to control access to the scaffolding.

McCain Foods pleaded guilty to breaching Regulation 11(1) of the Provision and Use of Work Equipment Regulations (PUWER), which covers dangerous parts of machinery, and Section 2(1) of the Health and Safety at Work (HSW) Act.

At Peterborough Crown Court the judge set out how he followed the steps in the new sentencing guidelines for health and safety offences, implemented on 1 February. He determined that it was high culpability, harm category 1 (level A seriousness of harm risked with a high likelihood). The company's turnover was above £50m, putting it in the large organisation category.

The category range for the fine was £1.5m to £6m, with a £1.5m starting point. This was reduced to £1.2m and further lowered to £800,000 with the one-third discount for McCains' early guilty plea. The fine was for the lead offence (Regulation 11(1) of PUWER) with no separate penalty for the HSW Act breach.

After the accident McCain Foods fitted guarding to the dangerous in-running nip point on the head roller, commissioned a new PUWER assessment for the L2BC and gave all employees refresher training.