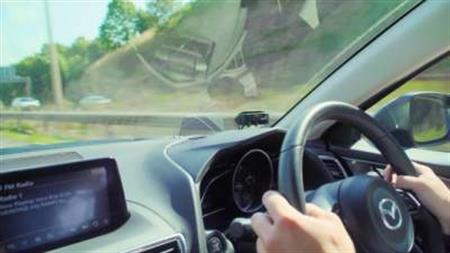 With a quarter of drivers stating that they have been involved in an accident or collision going from or returning to work, or during a work related journey, the findings show that there's still a long way to go before work-related causes of road accidents are eradicated, putting a spotlight firmly on employers' duty of care.

Mark Roberts, founder and chief executive of Lightfoot, commented: "Work-related stress resulting in road accidents should be a red flag for all businesses operating company cars and fleet vehicles. Policies need to be in place to reduce unreasonable pressure on drivers as businesses have a duty of care to their staff. If they fail in this respect, there could be serious consequences for both employees and businesses.

"Our findings show that, all too often, staff are under pressure to get to a client, customer or meeting in unrealistic time-frames, resulting in stress and over-speeding. Unsurprisingly, that pressure -- even when indirect -- leads to accidents.

"Addressing this issue is no easy task, but businesses can empower their staff through technology such as Lightfoot that actively encourages and enables smoother, safer driving. Only when businesses actively make a commitment to protecting their staff by making over-speeding or risky driving unacceptable, will drivers feel less pressure. 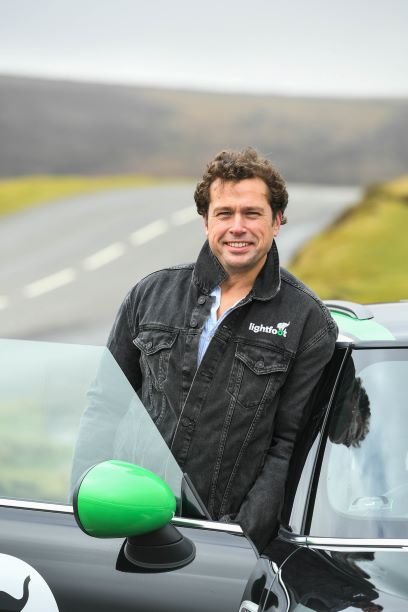 "Fail to do this and staff are at risk of feeling pressured to drive in a manner that has the potential to put them, their passengers and other motorists on the road at risk. With one in three road deaths involving a vehicle being driven for work, this is an issue that fleet managers need to take seriously."

Lightfoot empowers drivers to avoid hazardous driving by providing drivers with real-time feedback that keeps them in the smooth spot of the engine, helping to dramatically cut the incidence of accidental over-speeding, erratic or aggressive driving.

Mark explains: "Businesses that buy in to Lightfoot, are making a commitment to their staff that they expect and encourage smooth and safe driving. Becoming part of the culture of the business, drivers are mandated to drive sensibly, which means that managers have to plan realistic timeframes for journeys, making it their first thought, rather than the last. In this one act, drivers are relieved of much of the stress that can lead to dangerous driving.

"Moreover, through Lightfoot's reward package, drivers are actively encouraged to become 'Elite Drivers'. Only those achieving a Lightfoot score of 85%+ (the Elite Driver standard) have the opportunity to enter into draws to win cash through The Drivers' Lottery, or prizes ranging from hotel breaks to the latest consumer technology devices."

Up to now, telematics technologies that track drivers and use retrospective, or 'after-the-incident', data to inform driver feedback and coaching have been off limits in company cars as employees won't accept being tracked by their company.

Lightfoot helps company car drivers to become smoother, safer drivers without tracking them. It does this through a mix of visual and audible alerts -- delivering live engine performance data directly from the engine to Lightfoot's pocket-sized dashboard display -- guiding the driver to a better, safer and more efficient style of driving. Its users typically see drops in at-fault accidents by up to 40%, reductions in fuel costs by up to 20%, falls in harmful emissions by 20%, and cuts in wear and tear costs by 45%.

Considered revolutionary in the fleet management and telematics worlds, Lightfoot's disruptive approach to reducing accidents has been adopted by some of the largest players in the market, including Virgin Media, Greencore, and South West Water.

To learn more about Lightfoot, and its rewards-based technology, visit: www.lightfoot.co.uk

Topics:
Road safety
Products and services
This content is paid for and not an endorsement from IOSH or IOSH magazine.

Republic of Ireland, Cork
Up to £45180.50 per annum + Excellent benefits
Reference
5448212
END_OF_DOCUMENT_TOKEN_TO_BE_REPLACED