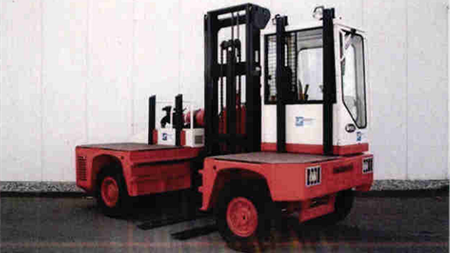 The 52-year-old was helping a forklift truck driver to move pipes from one part of the yard to another by lifting them onto the forks. A long pipe needed to be repositioned, so they lifted it at one end using a side loader when it "rolled off" the forks. The steel tube hit Longair's leg, and his feet became trapped by other pipes, so he was unable to move. The pipe then fell onto a wooden support, sending it flying into the air and striking Longair on the head.

CCTV footage showed the wooden board moved with such force that it was catapulted over a high fence after hitting him.

The system for moving pipes had been in place since 2009 with no incident, and in that time there had been 12,320 movements of the pipes and nothing was amiss, according to the defence.

The company, which supplies pipes to the oil industry, pleaded guilty to breaching s 2(1) of the Health and Safety at Work Act in that its system of work in relation to the movement of pipes within the yard was unsafe.

Speaking after the hearing, HSE inspector Martin McMahon said: "This tragic incident could so easily have been avoided by simply carrying out correct control measures and safe working practices."

"Companies should be aware that the HSE will not hesitate to take appropriate enforcement action against those that fall below the required standards."

The incident had a "prolific effect" on the staff working that day, and all those persons working were ordered to attend at least one counselling session, the court heard.