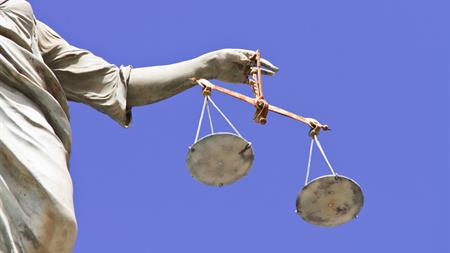 Karolina Lubieniecka lost her scalp, ears and one of her thumbs in June 2016 when she was dragged into the machine at Cheshire Mouldings and Woodturnings's (CMW) factory in Sutton, St Helens, Merseyside.
She had been working on a production line making parts for staircases when her hair became caught, Liverpool Magistrates' Court was told.
She sustained severe physical and mental trauma and underwent several reconstructive operations, the Health and Safety Executive (HSE) said, but has been unable to return to work.
Its investigation found CMW's failure to guard the production line meant that employees and agency workers were able to access dangerous parts of machinery, including conveyors and drive shafts, during operation and cleaning.
The HSE returned to the site in April 2018, when it found CMW still had not prevented access to hazardous machine parts, despite changing the layout of the production line. An identical shaft to the one on which the victim was injured remained unguarded.
A prohibition notice and an improvement notice were served against the company.
The improvement notice, which CMW complied with in May that year said: "You have failed to take effective measures to prevent access to the dangerous parts of the infeed section of the Weinig 2020 line situated in the Mouldings mill, including rotating shafts and rope and pulley drives, which exposes your employees and agency workers to the risk of entanglement, amputation, fractures and lacerations."
However, a follow-up investigation revealed that factory operatives were regularly accessing the production line's strapping section while it was still running. One of the company's directors, Paul Carney, was aware of this.
CMW pleaded guilty to breaching ss 2(1) and 3(1) of the Health and Safety at Work Act. It was found £466,666 and ordered to pay costs of £7,475.
Carney admitted breaching s 37 of the same act and was fined £10,800 plus £43,241 in costs.
According to the Liverpool Echo, the incident happened two years after another woman working at the same factory had three fingers sliced off during a training exercise.
After the hearing Helen Jones, principal director at the HSE, said: "This incident, which was easily preventable, has had a devastating impact on the victim involved and those close to her. The company failed to prevent employees accessing dangerous moving part of machinery. Had it ensured the machine was adequately guarded employees would not have been able to access moving parts and this tragic accident would have been avoided."
Topics
Safe systems of work
Work equipment
Manufacturing and engineering
News