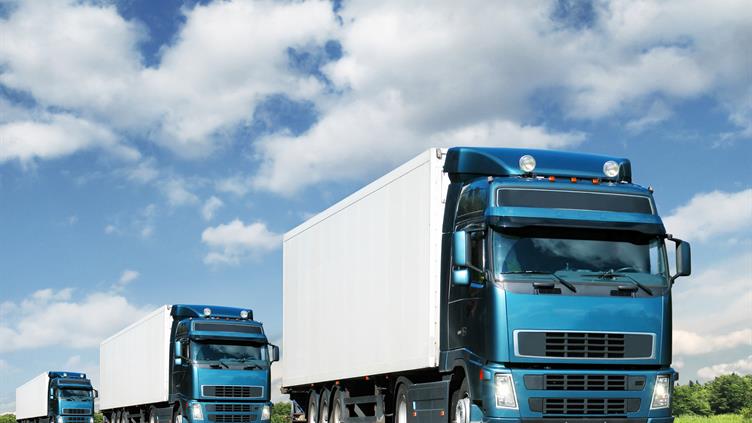 The Transport Research Laboratory will carry out the "platooning" tests, which will involve up to three heavy goods vehicles (HGVs) travelling together.

A human driver will control the lead vehicle, which in turn will communicate with the others using wireless technology to control their steering, breaking and acceleration. This could enable lorries to drive closer together than ever before due to faster reaction times.

A row of HGVs driving with a shorter distance between them could see the rear vehicles travelling in the slipstream of the lead truck, improving fuel efficiency, lowering emissions and improving air quality.

All lorries in the platoon will always have a driver ready to take control at any time, said the Department for Transport, which along with Highways England has committed £8.1m of funding to the project.

But the RAC Foundation, Freight Transport Association (FTA) and Road Haulage Association (RHA) have questioned the safety of the platooning system.

Steve Gooding, director of the RAC Foundation, said: "We welcome any investment that keeps the UK at the forefront of autonomous vehicle development, but whether platooning itself is practical for our roads is another matter.

"Streams of close-running HGVs could provide financial savings on long-distance journeys, but on our heavily congested motorways, with stop-start traffic and vehicles jostling for position the benefits are less certain. There is then the question of reliability.

"We accept a huge amount of human error on our roads but there would be little tolerance - especially amongst lorry drivers - of a platooning system that didn't work perfectly 100% of the time."

RHA chief executive Richard Burnett said: "Currently the focus seems to be on the technology behind the system. Safety has to come first and it cannot be compromised. It is crucial that this element of the concept gets the highest priority."

Christopher Snelling, FTA's head of national policy, added: "The system has to be shown to be safe on the roads and to deliver the promised benefits. The sooner the trial takes place, the sooner the UK logistics industry, which represents 11% of the UK's non-financial business economy, can know if this will be the right route for the future."

The technology first will be piloted on test tracks to help decide the distance between vehicles. Tests are expected to move to major roads by the end of 2018.