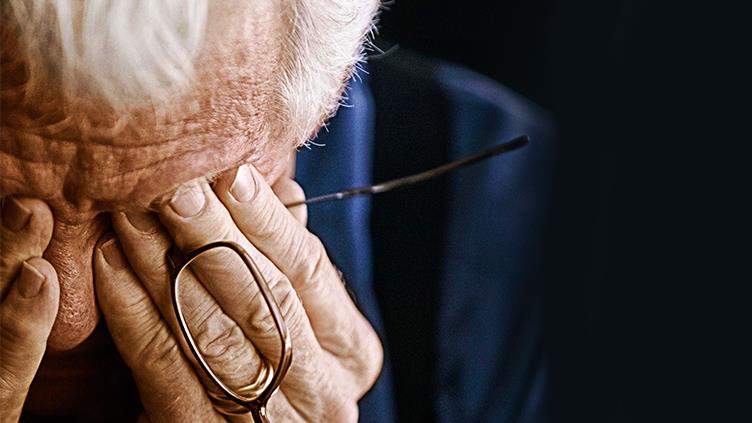 Fatigue risk management is a familiar concept for most safety practitioners, especially those in the manufacturing, energy and transport industries. Though it is undeniable that fatigue can cause accidents and ill health, perhaps the focus should switch to ensuring our drivers, nurses, police officers and shift workers stay alert at work.

"We all want to be bright, enthusiastic, and awake and alert," says Dr Paul Jackson, managing director at consultancy Clockwork Research. "It's very positive, unlike fatigue which has negative associations and consequences."

Jackson believes too many organisations still attach primary importance to reporting and managing fatigue, actions that come too late in the process: "If I report fatigue, the only thing you, as my manager, can do is take me off the duty, which means I've got a problem and you've got a problem: you've got to find a replacement and there may be delays and all the associated costs. 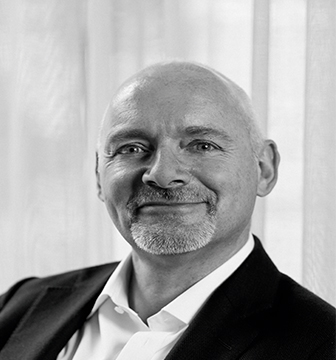 "So in terms of risk management, it's a very poor strategy. By the time I'm reporting I'm too fatigued to operate, and the chances are I will already have experienced impairment. If you tackle the issues earlier, you get better risk management, better data collection and the ability to make informed and strategic decisions before anything goes wrong, rather than being reactive after the event."

Despite their good intentions, some organisations that create fatigue reporting systems may face workforce resistance. "Some [staff] see it as a sign of weakness," says Jackson. "In a lot of industries there can be a very macho culture where people almost see fatigue as a badge of honour: 'I can be up all night and still come into work,' they say."

Then there are more fundamental issues that deter reporting, such as fear that a request for shifts will be turned down, or may send a signal to their employers that they cannot take on extra duties. "There are also other aspects," adds Jackson, "like not wanting to let down colleagues or the company."

These barriers to implementing a fatigue management and reporting procedure can be overcome if the emphasis is switched to alertness, says Jackson.

"Take training: no one is going to be very enthusiastic about fatigue training but an alertness training programme that helps you improve and manage your alertness is a positive thing. It's much more about wider health and wellbeing rather than having a narrow focus on management of accidents and risk of accidents."

In terms of reporting, it also allows staff to flag early indicators of fatigue.

"If you look at how people change from being fully alert through to being asleep, there is a clear progression," says Jackson. "We start with signs that our performance is beginning to be impaired -- things like rubbing our eyes, not thinking straight, or finding it difficult to do calculations or communicate." There are also physical signs, the most obvious being yawning. "When someone yawns two or three times in a row, it's a very strong indicator that they are fatigued or that their alertness is reduced."

Jackson points out that, even when people yawn repeatedly, there are actions they can take to improve alertness, such as changing activity, changing position, getting up from their desk or stretching or going for a walk, or talking to colleagues.

But none of these will relieve the symptoms when a worker is so fatigued they are experiencing micro-sleeps. "In the road transport sector, one piece of advice we always issue is: 'Don't wait until it's too late.' Head nodding and eyes closing are not early warnings; they are signs you are falling asleep."

At that point, the typical responses, such as winding down the window or turning up the radio, will not prevent the driver falling asleep at the wheel. "But they will have an effect, albeit temporary, if they catch the whole process much earlier, when they first start to feel reduced alertness," Jackson says.

In other work environments the emphasis is the same: encourage people to take early action. "It needs to be at the stage where your faculties are such that you can think 'I am less alert'," he says. "When you're really fatigued, you're not very good at assessing how it's affecting behaviour or performance."

Marcus de Guingand of Third Pillar of Health, which describes itself as helping businesses "enhance employee energy", is noticing a wider range of organisations asking for advice now. "In the US, lack of sleep has been described as a public health epidemic," he says, "and UK organisations, especially those employing shift workers, are increasingly focusing not only on safety but on the wider health, wellbeing and social implications of sleep deprivation and shift work." 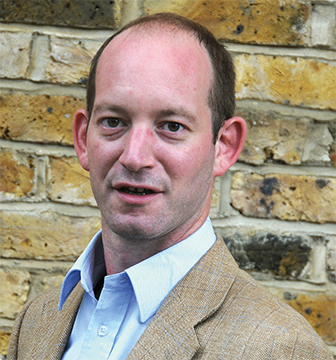 He points out that some interventions confer responsibilities on individuals, some on organisations, and some on both. An individual could, in the earliest stages of reduced alertness, ask a colleague to recognise or monitor their condition. Or they could change activity (perhaps move around if they have a sedentary role), ensure they are hydrated and have food or even take in caffeine.

More sleep-focused countermeasures include techniques such as napping. "A 15- to 20-minute power nap, ideally in combination with a coffee, would give a significant boost of alertness that would last a good hour or so," says Jackson. A few years ago, de Guingand worked on a project with 11 UK police forces which found that 82% of officers were rarely or never taking scheduled breaks during shifts.

"That has a number of consequences," he says. "First, they are not able to rest and recharge during a shift, and second, it affects their choices around nutrition and healthy eating."

One recommendation was to make those breaks sacrosanct, while recognising that in policework there will be times of high operational need. Another suggestion, which generated heated debate among police forces and in the media, involved sleep breaks.

"A lot of studies show napping can have a positive effect on alertness throughout the shift and also during the drive home, which is when many officers are most at risk," says de Guingand.

There are also technological interventions. "We're seeing increasing interest in light therapy, for example," says de Guingand. He is currently consulting a colleague in Canada who has previously worked with the US coastguard and a logging firm that uses this intervention, in which light boxes simulate daylight, for circadian realignment on rotating shift patterns.

"If someone is doing a period of continuous night shifts (three or more), light therapy tends to work well, and brings performance back to a baseline," he says. Shift workers take the therapy regularly at work as part of their nightshift routine.

The management culture should be such that it provides workers with the flexibility and support to act when they feel their alertness is compromised.

"Some of the basic science behind alertness and fatigue management is crucial to having effective reporting and an engaged workforce," says Jackson.

De Guingand agrees that educational interventions are critical. "This can be general education on the importance of sleep and providing tips on improving sleep, what to look for when alertness dips, plus perhaps modules on specific issues, such as shift work, sleep disorders or driving."

Jackson says the starting point for management is to understand fatigue and alertness, and the process from being fully functioning to the state of drowsiness: "You need to set out how a manager will respond when an individual identifies themselves as suffering from reduced alertness or fatigue."

Policies and procedures should be documented in a fatigue risk management plan (FRMP). Jackson acknowledges that these plans tend to retain the fatigue label, but some airlines have rebadged parts of their programmes and use "alertness report forms". Similarly, all airlines must have training programmes for crew on managing fatigue but some call it an alertness management programme.

In some airlines' pre-flight crew briefings the captain asks each member how alert they feel and how much sleep they have had. "They're collecting information, and the idea is to get people thinking about alertness and talking openly about it at an early stage," Jackson says. "The way to manage it is as a team because one person's fatigue has potential to cause problems for the whole flight."

Tools for evaluating self-reported levels of alertness include the seven-point Samn Perelli Scale, which ranges from "fully alert, wide awake" to "completely exhausted", and the nine-point Karolinska Sleepiness Scale, which starts at "very alert" and goes down to "very sleepy".

On regular shifts, people work alongside each other over long periods, so they get to know each other well. They know when a colleague is less alert: they may not respond to a joke or comment or are not laughing or communicating. "In a shift environment that will often be fatigue-related," says Jackson. "Early warning signs include not being chirpy or positive, losing their sense of humour, or becoming insular. At this point you can start a conversation: 'How are you? How did you sleep?' and help each other informally, which might be double-checking a calculation or taking over a particularly complex piece of work while your colleague takes a break or has a coffee."

Formalised self-reporting systems are also important. "These give people the opportunity to report not just when fatigue has caused an incident but also a general concern," says Jackson. A worker could flag what looks like a difficult shift pattern for the month, for example. No incident will have happened but it is proactive reporting. 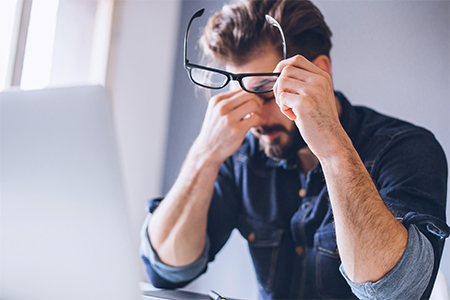 "In terms of reporting, staff need to know there will be no negative consequences," says Jackson. "The procedure needs to say that, and the policy needs to encourage people to report any issues and make it clear they have a duty to arrive at their employer fit for work, which includes being alert and not fatigued. In instances where, for whatever reason, you are not fully alert, you have a duty to report those, and managers have a duty to take the reports seriously. It's about shared responsibility."

When the focus is on alertness reporting, more proactive risk management data is produced. "We all experience reduced alertness regularly -- on a daily basis, really -- but it doesn't always result in fatigue or the negative consequences of fatigue. So in this way, you're collecting a lot of low-level data, what might be called precursors to incidents. Nothing negative has happened: you caught it before it did. Now you can intervene from a management point of view."