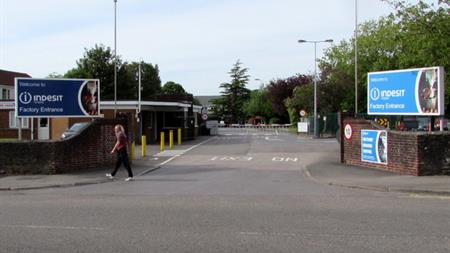 In March 2015, the 66-year-old contractor was installing fire detection equipment at Whirlpool's factory at Yate, near Bristol (formerly owned by Indesit), where it manufactures tumble dryers. He was working at a height of 5 m when Whirlpool maintenance staff, unaware of his presence, started an overhead conveyor. The movement destabilised the MEWP, toppling it and dropping the contractor to the factory floor, fatally injuring him.

The Health and Safety Executive found there was no supervision or controls to prevent the conflicting tasks being carried out.

At Bristol Crown Court Whirlpool UK Appliances admitted breaching Section 3(1) of the Health and Safety at Work Act and was fined £700,000 plus court costs of £11,466.