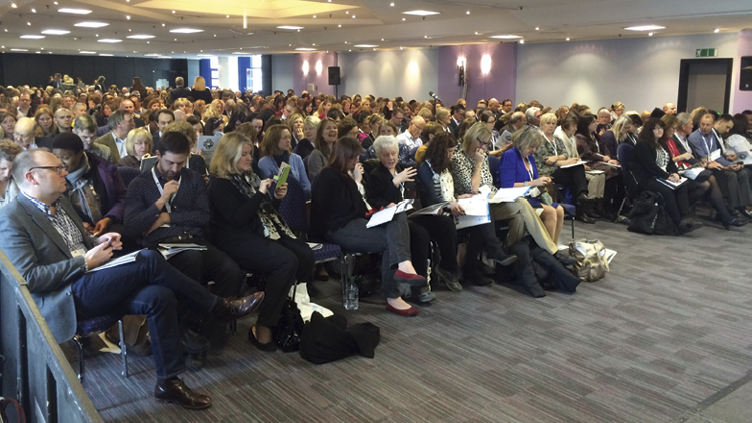 "I keep asking myself what wellbeing is," said Dame Carol Black, launching this year's Health and Wellbeing at Work conference in Birmingham and perhaps echoing a question that has occurred to many OSH practitioners.

Black, the government's senior policy adviser on work and health, told delegates: "Views vary, but please don't medicalise it. Wellbeing is not the same as health issues, though good health can be part of wellbeing."

She cited the Organisation for Economic Co-operation and Development's definition of wellbeing as "the state of being comfortable, healthy and happy".

"But you can be healthy without having a sense of wellbeing," she observed. "Unhappiness is not a medical disease."

However it is defined, "the topic is definitely going up the national agenda", Black told delegates at the event, which took place on 8 and 9 March and welcomed more than 3,500 vistors over the two days.

We don't want managers to be psychiatrists, we just want them to recognise when something is wrong

She said BT's chief medical officer, Paul Litchfield, had long spoken of the importance of leadership, managerial behaviour and workplace culture as critical to employee wellbeing, more so than simply providing workers with fruit and bicycles. "At last that message is beginning to get real traction," said Black.

To support her point, she listed a clutch of recent reports on the importance of wellbeing. One was the Workplace Health: management practices guidance issued in 2015 and updated in March by the National Institute for Health and Care Excellence (NICE). The guidance emphasised the need for organisations to prioritise managing the physical working environment and work design, fairness towards employees and ensuring their participation, but "we need more organisations to act on it", she said. 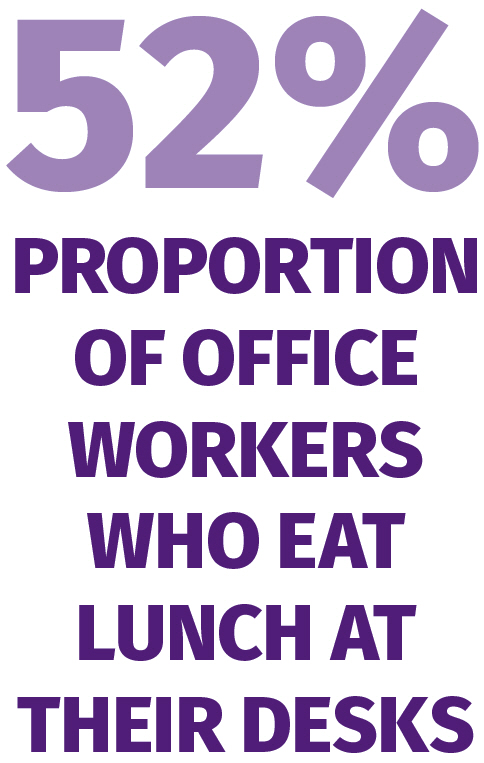 Black also cited the charity Business in the Community's short guide, Leading on Mental Wellbeing (bit.ly/1RKSyRP), which argued that workforce wellbeing depended on employers recruiting and promoting managers with strong interpersonal skills. "We don't want them to be psychiatrists, we just want them to recognise when something is wrong," she said.

The linked issues of sedentary work and obesity had also garnered more attention in the previous 12 months. The British Heart Foundation had reported that 38% of office workers corresponded by email with people they sat near, 52% regularly ate lunch at their desks and 38% delayed lavatory breaks.

On obesity, Black said: "It's not just the fact that someone is overweight, it's that they will have co-morbidities, such as diabetes or hypertension." High body mass index (BMI) was correlated to being out of work (as was low BMI), she said.

Black outlined a pilot health programme on which she has been working that involves ten National Health Service organisations with 55,000 staff. The purpose of the project was to encourage physical activity and introduce healthy food options at work, health checks for employees aged over 40, access to physiotherapy, and mental health support.

"It's early days," she said, "but we will be evaluating those to see if they make a difference."

Black took part in a later panel session in which participants were asked for their views on the future of the health and wellbeing agenda. Dr Justin Varney, national lead for public health and wellbeing at Public Health England, said employers should stop viewing health-related worklessness as an inevitable outcome of progressive illness. "There are two reasons people fall out of work because of health," said Varney. "They either have a major event -- a stroke or heart attack -- or they have a chronic disease that gets worse and worse to the point they feel they can no longer remain in employment.

"We seem to be quite good with sudden accidents and incidents. We have good rehabilitation but, with chronic diseases such as musculoskeletal disorders, we know that people will find it harder and harder to remain in work as the disease progresses but we don't have that conversation until it's too late. It shouldn't be inevitable that having a chronic disease means you are going to leave work eventually." 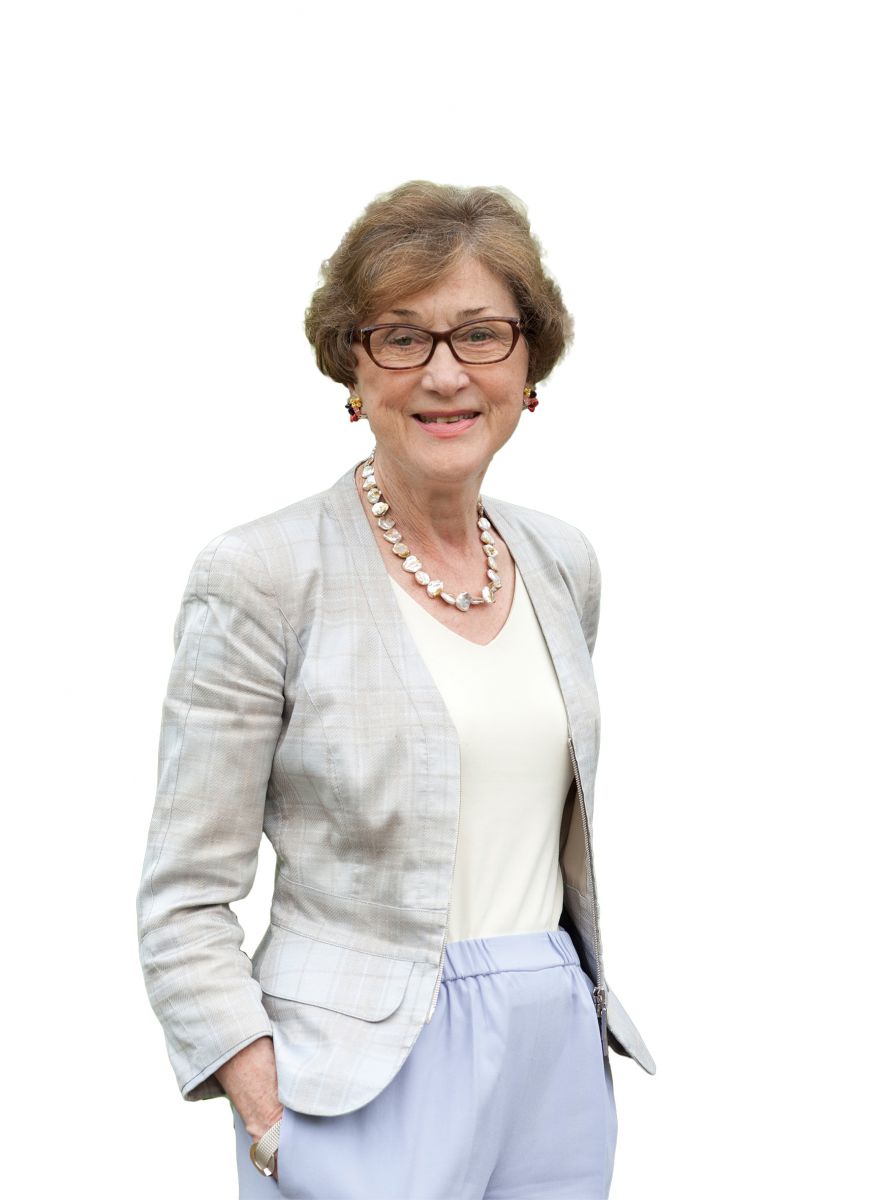 Encouraging men to engage with health and wellbeing messages was a theme running through the conference's sessions.

Conventional stress management programmes rely on self-reporting by employees to their managers or occupational health services, said Sharon De Mascia of Cognoscenti Business in a session on the second day. "Unfortunately that doesn't take account of the fact that men often fail to recognise when they have problems or to seek help."

Training managers to recognise symptoms was one answer, she suggested, noting that some research showed men were more likely to accept help if someone else said they should. Training male employees to spot their own symptoms was another.

Men were also more likely to seek help for psychological problems if an employer emphasised that people usually recover from these and that they could continue working while being helped, she said.

De Mascia said research supported the idea men were more comfortable talking to male counsellors but other studies that suggest they felt less judged when talking to women. "The jury is still out," she said. "So I would give them a choice."

Men were more commonly worried about others finding out they had problems, so assuring them that any request for support would be treated in confidence would encourage them to refer themselves, as would offering remote means of first contact by email, phone or video.

An ingenious way to convey a message about mental health support to a young male workforce was presented by Kesah Trowell, head of corporate social responsibility at retailer Dixons Carphone, whose employees are mostly men aged 19 to 24.

She said the company had publicised the charity Get Connected, which offers confidential mental health phone support for under-25s. However, take-up was low initially. Her solution was to invite employees to take part in an ultra-marathon, the Race to the Stones, running 100 km along The Ridgeway between Oxfordshire and Wiltshire, raising money for the charity. More than 450 employees took part, she said, becoming very fit in the process and raising £120,000. "The great thing about such a huge distance is that the training you need to do is sustained over many months," Trowell said.

Importantly, the corporate publicity included details of how to contact the charity.

"It subtly raised awareness of Get Connected," Trowell said, noting there had been a rise in calls to its helpline.

The worst disparity in the way men respond to mental difficulties was highlighted by Andrew Kinder, chair of the UK Employee Assistance Professionals Association. In his presentation on "small T" traumas, Kinder revealed that improvements in psychiatric and emergency care had led to a fall in the number of female suicides in the UK between 1981, when 2,466 women took their own lives, and 2012, when the figure almost halved to 1,391. But the number of male suicides rose in the same period from 4,129 to 4,590.

The gender difference might be explained in part by De Mascia's point that men were less likely to seek help, Kinder said. 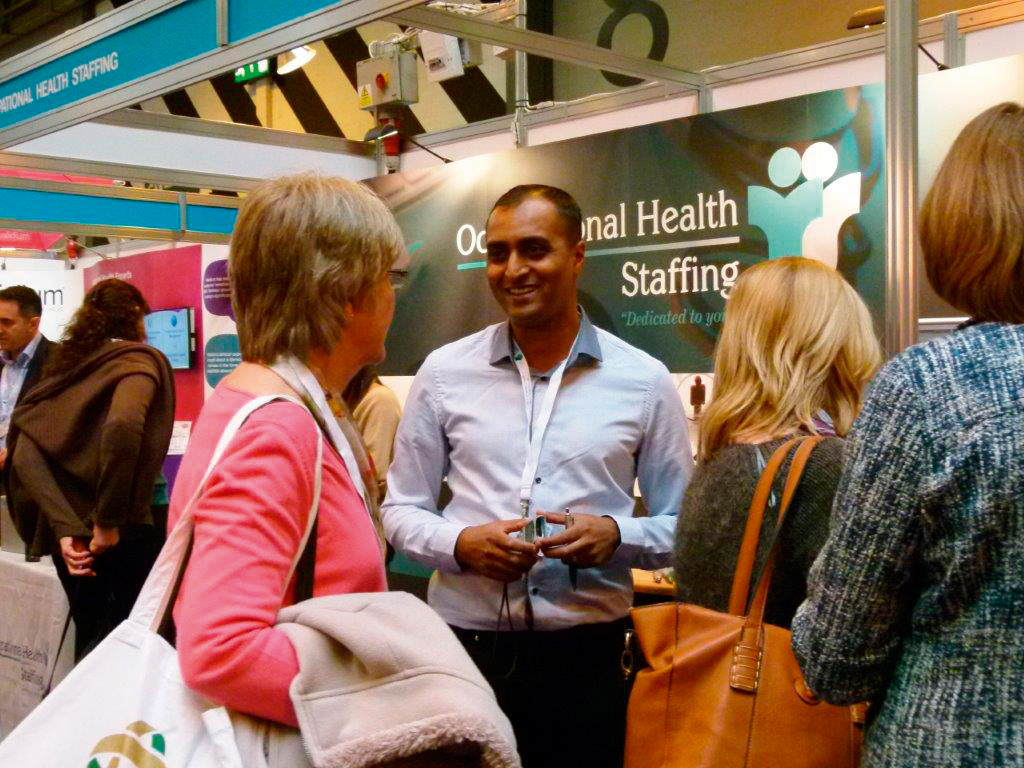 Gender differences cropped up again in a session on ensuring risk assessments covered all workers. Dr Joanne Crawford, head of ergonomics and human factors at the Institute of Medicine (IOM), challenged the adequacy of "gender blind" generic assessments. She said there are gender-specific exposure variations: average height differences between men and women mean the latter could be closer to some hazards, while chemicals tend to circulate around female bodies faster. Asthma and osteoporosis are more common among women.

Assessments should also account for age-related characteristics, Crawford said. After questioning whether we fully understand how extended exposure to hazards affects older workers, she advised delegates to ensure this group is represented within the risk assessment process. She suggested that a forum could be set up for staff to discuss issues they were facing.

"We need to think about who is included in the risk assessment process," she said, adding that OSH practitioners should consider whether assessments are relevant for the tasks that workers are carrying out and not just for the job title.

Crawford pointed delegates in the direction of the NICE guidance, Workplace Health: management practices, which now includes recommendations about employees aged over 50 in paid or unpaid work. She also reminded them of the European health and safety agency EU-OSHA's Healthy Workplaces for All Ages 2016-2017 campaign, which was launched in April.

Richard Morford, physiotherapist at Colney Physio, presented a case study of the benefits of exercise at breast pump and baby bottle manufacturer Philips Avent's Suffolk factory. The plant has an ageing workforce and sick pay cost more than £750,000 in 2014, said Morford. Musculoskeletal disorders (MSDs) were the second biggest cause of absence. 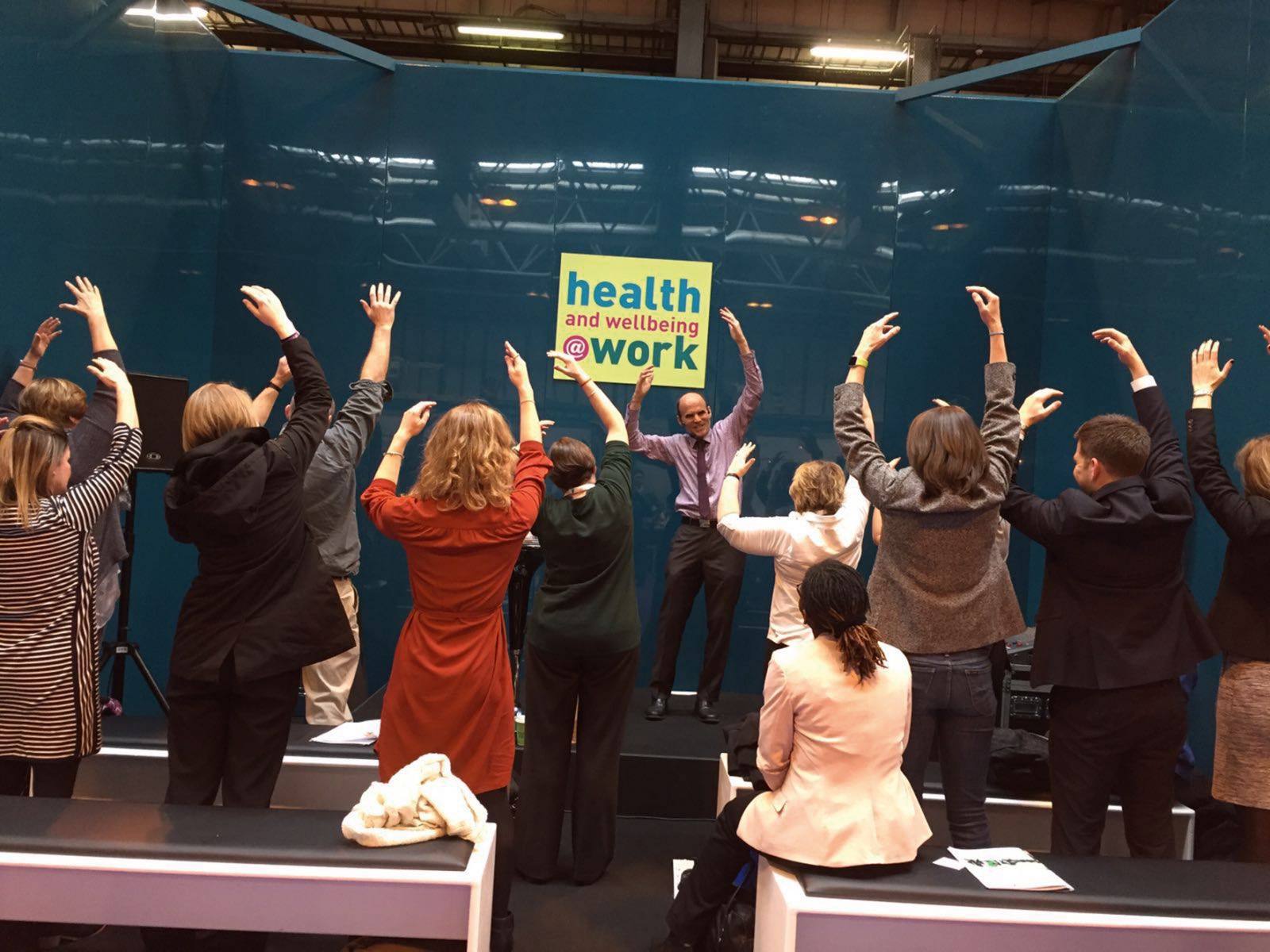 So in 2015 the company launched a bonus for employees with 98% attendance, new manual handling training, early calls to staff off work with MSDs and the launch of Work-out at Work Days. These days included offered classes on work-focused stretching and muscle strengthening, a lunchtime walk -- with free pedometers -- and workshops on smoking cessation and healthy eating.

Exercise sheets were posted on the Philips Avent intranet and print versions were left in communal areas detailing simple work-outs employees could perform at work. The intention was to encourage staff to take responsibility for their own fitness and promote the idea of the need for regular exercise.

As a result of the programme, physiotherapy referrals fell by 20% between 2014 and 2015, said Morford. The company now has two five-a-side football teams, good take-up on its offer of discounted gym membership and five employees completed the last Colchester Half Marathon in less than two hours.

"Work isn't good enough to keep you fit," Morford concluded. "You have to be fit for work."