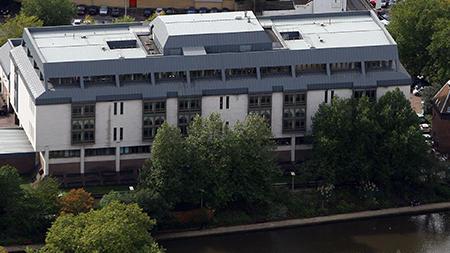 New Earth Solutions, a waste treatment business that was fined £80,000 after an employee was buried in a pile of waste and asphyxiated, would have had to pay £600,000 if it was not in administration, IOSH Magazine has learnt. The case is believed to be the first application of the new sentencing guidelines to a firm that has stopped trading.

Neville Watson worked at the company's Blaise Farm Quarry site in Kent, which is licensed to process up to 50,000 tonnes of waste a year. On 9 August 2014, he was working alone beside a heap of comingled waste more than 8 m tall in a warehouse, operating a shredder.

At the end of his shift, he got out of the cab of his shovel loader beside the heap and attached the shredder to it to tow it from the building. The heap collapsed on him and he was asphyxiated.

Health and Safety Executive inspector Guy Widdowson said it was not clear what had caused the slip but that "when you take material from the pile you create a steeper face".

Watson had to put himself at risk by getting out of the cab because a remote control that would have coupled the shredder to his vehicle automatically and released the brakes had developed a fault and been sent for repair.

Widdowson said the employee was "newish" to the task, having covered others' breaks but had never been left in sole control. A colleague gave him basic instruction the day before but nothing on the risks the heap posed.

He said that in the absence of the remote control, the task should have been "fundamentally rethought [...] the key thing was not to have people in proximity to a big pile of waste".

New Earth Solutions pleaded guilty to breaching s 2(1) of the Health and Safety at Work Act. Sentencing the firm on 7 November, Justice Statman noted the firm had ceased trading and that the sentencing guidelines were "silent as to how to sentence companies in administration" but that it was right and proper to apply the structured approach they offered.

He assessed culpability as medium, harm level as A (reflecting the fatality) and high risk of harm, putting the offence in the guidelines' category 1. The offence was a significant cause of actual harm.

When solvent, the firm, which operated five sites, would have been classed as a medium-sized organisation for turnover and the fine would have been set at £600,000. But its debts led the judge to apply the penalty range for a micro-organisation, creating a penalty of £120,000 reduced to £80,000 to reflect a guilty plea. Costs were set at £38,000.