Viridor waste separator was started with cleaner inside 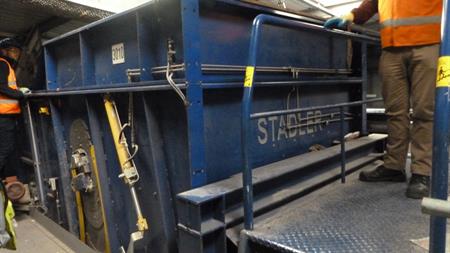 Aylesbury Crown Court was told last week that the ballistic separator, which separates organic and inorganic waste, had not been isolated from the power supply when cleaner Rafal Swiadek, 42, climbed into the top level. The machine was switched on from the control room and he was fatally injured.

Shortly after the accident on 8 August 2016 an inquest opening, reported by Milton Keynes Citizen, heard that a "welfare search" of the site was carried out after Polish-born Swiadek did not show up for a taxi he had booked to take him home after his shift. His body was found inside the machine.

A Health and Safety Executive (HSE) investigation found that Viridor's risk assessment had failed to identify the risks of clearing blockages and cleaning the machine. There was no safe system of work in place for workers responsible for carrying out these tasks.

The separator also lacked adequate guarding at the top level, which created ready access to dangerous parts of machinery.

Viridor pleaded guilty to breaching reg 11(1) of the Provision and Use of Work Equipment Regulations and reg 3(1) of the Management of Health and Safety at Work Regulations. It was fined and ordered to pay costs of £34,197.

In its latest full-year accounts filed with Companies House, Viridor said: "Viridor participated in the launch of HomeSafe during the year. We also continued to look to strengthen other areas of our H&S approach. New training for supervisory staff, language lessons for our non-England speaking workers and safety behavioural training for our front-line employees all featured."

HSE inspector Emma Page said: "Every year a significant number of serious or fatal injuries in the waste and recycling industry occur because machines are inadequately guarded and because activities such as clearing blockages and maintenance are being undertaken when machinery is running."

The 2017-18 annual occupational injury and ill health statistics, which were published earlier this week by the HSE, showed that those working in the waste management sector had the highest prevalence rate of non-fatal injuries, with the equivalent of 1,602 per 100,000 workers.

Twelve waste management operatives sustained fatal injuries in the 12 months to April. This corresponds to a rate of 10.26 per 100,000 and is significantly higher than the overall rate of fatal injuries of 0.45 per 100,000 employees in Great Britain.