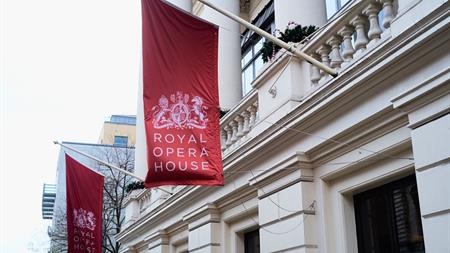 Chris Goldscheider, 45, was forced to give up his musical career after developing the condition, the symptoms of which include tinnitus, hyperacusis and dizziness. He sustained irreversible hearing damage and is likely to claim damages for future loss of earnings amounting to at least £750,000, although total damages in the case are still to be assessed.

Justice Nicola Davies ruled that the ROH in Covent Garden had failed to adequately control the risk of high noise exposure and had breached the Control of Noise at Work Regulations 2005.

The violist had blamed his hearing damage on "acoustic shock", which he said had been caused by brass instruments positioned directly behind him in the orchestra pit. During the three-hour rehearsal of Die WalkÃ¼re (The Valkyrie) on 1 September 2012, the noise levels exceeded 130 decibels, roughly the equivalent of a jet engine.

The High Court heard that the claimant's colleagues in the ROH orchestra followed different practices. Although some wore earplugs throughout the rehearsal, many did not. Those members that did not would mark up their music with earplug signs to show where the noisy sections would occur. They would then insert earplugs in the run up to those sections and take them out when they felt it affected their ability to hear and play their instruments. Goldscheider had adopted this approach. However, like many members, the violist did not have his own written musical part; it would be left on the lectern in front of the desk at which Goldscheider sat.

According to classical music magazine The Strad court documents showed the noise in a rehearsal "created an immediate and permanent traumatic threshold shift", which resulted in "acoustic shock".

The ROH provides orchestra members with hearing protection but does not enforce its use. It denied culpability and argued that it could not reasonably require musicians to wear ear protection at all times, as a factory would, because "the noise produced by the professional orchestra is not a by-product of its activities, it is the product".

But Justice Davies disagreed and, in a reserved judgement published over six weeks after the court proceedings ended, noted the noise regulations "recognise no distinction as between a factory and an opera house".

She said the ROH's breach of duty had caused the musician's condition.

Justice Davies said the ROH did have options available to protect its musicians but failed to safeguard their health during the rehearsal.