Veolia fined £1m after refuse worker run over and killed 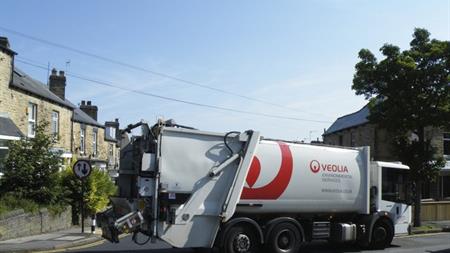 John Head, 60, was struck by the vehicle while he was working as a banksman at Veolia's household waste depot in Ross Way, Folkestone, Kent, on 18 October 2013. He sustained multiple injuries and died at the scene.

The firm was found guilty of breaching s 2(1) of the Health and Safety at Work Act and must pay £130,000 costs. (See table for how the sentencing guidelines were applied.)

Canterbury Crown Court was told that reversing assistants helped dustbin lorries to manoeuvre around the busy yard, while the drivers and their loaders decided how and when to move.

Senior regional management and those responsible for site safety and health had only recently carried out two walk-through examinations and raised concerns about dangerous vehicle manoeuvres.

In response, Veolia drew up a document that said: "Recruit a yard marshal whose sole job is traffic management within the operational area. This will eliminate the need for loaders leaving the vehicles to act as reversing assistants [-¦] reducing the exposure of people to vehicles."

Judge Simon James said that, after Veolia had identified the "very risk that contributed to Mr Head's death", it "failed to act".

A Health and Safety Executive (HSE) investigation found that Veolia had not risk-assessed its yard activities and vehicles often moved around without specific controls in place. It highlighted several changes to the company's system of work, all of which were introduced quickly.

Judge James said: "Whilst it is undoubtedly to the defendant company's credit that they implemented the suggested changes almost immediately, they have [-¦] steadfastly disputed that the pre-October 2013 system was in any way deficient or unsafe and chose to vigorously contest such assertions before a jury and that decision has been the most significant reason for the delay between the incident and today."

He continued: "Veolia's ultimately unsuccessful endeavours to place the blame for Mr Head's death on its own employees is somewhat inconsistent with the assertion made in mitigation that this is a company which places the welfare of its employees at the very forefront of their corporate philosophy."

The judge highlighted several measures that would have "significantly reduced" the chances of the accident happening. These included recruiting a designated yard marshal, implementing a traffic light system, reducing the number of reversing manoeuvres, and implementing a system whereby only a single vehicle is permitted to unload at one time.

He said "the exact mechanism" of how the accident happened was unclear. He noted there was no "obvious reason" for Head to have been walking across the yard but said reversing assistants "were often in the general area".

The company was fined £250,000 last February after a workshop cleaner with learning disabilities sustained multiple fractures when he was crushed by a 17.5-tonne reversing dust cart.

In January 2016 it landed a £450,000 penalty after a waste bale toppled on to an employee, leaving him with brain injuries and face and skull fractures.