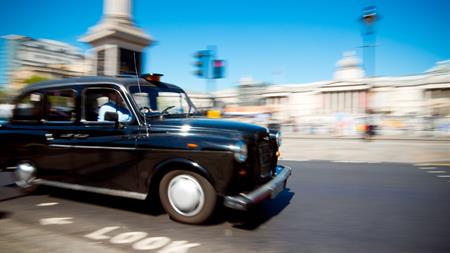 An IOSH-funded study by researchers at King's College London found that levels of two major pollutants received by London taxi drivers varied by cab type and could be reduced by more than two-thirds by setting the vehicles' ventilation systems to recycle interior air.

NO2 can inflame human airways, affects lung function and breathing with prolonged exposure and can worsen asthma. NO2 and particulate carbon, mainly from vehicle emissions, has been linked by another King's College study to thousands of premature deaths a year in London.

The monitors showed the drivers' average exposure was twice as high at work as outside work. Exposure levels varied during the working day, with long periods of low exposure with intermittent high spikes.

Closing the windows and setting the taxis' ventilation systems to recirculate air in the vehicles cut exposure by up to 67%. The researchers say this suggests "low cost changes could mitigate pollutant exposures for these drivers".

Drivers of the older TX4 diesel powered cab were exposed to 1.8 times more NO2 and black carbon than those in hybrid petrol/electric TXe City cabs, made by the London EV Company, which co-sponsored the research.

The study will contribute to the IOSH-funded King's College Driver Diesel Exposure Mitigation Study, which covers urban pollution exposure of professional drivers for a range of occupations, vehicle types and driving conditions and is due to report next year.

"Although we're generally becoming more aware of air quality and its impact on health, less well-known is the effect on professional drivers who spend more working hours on the road and the extent they are exposed to potentially harmful environments," said Duncan Spencer, IOSH's head of advice and practice. "This group often works within very congested urban environments and are often overlooked."