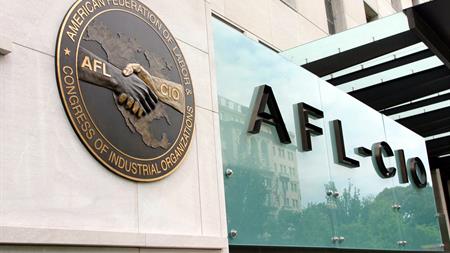 The rate for 2015 was the same as the five-year annual average. However, over the last ten years the fatality rate has almost halved (4.2 in 2006) as the number of work deaths decreased by just under 1,000.

Though the number of deaths at work has been steadily falling since 1970, the Census of Fatal Occupational Injuries -- part of the Bureau of Labor Statistics -- switched from an employment-based fatality rate to an hours-based fatality rate in 2008. Rates for 2006 and 2007 were calculated using both approaches during the transition and AFL-CIO notes that the two rates should not be compared directly.

The agriculture, fishing and forestry sector was the most dangerous, the report said, with a fatality rate of 22.8 per 100,000 workers and 570 deaths.

The report also revealed that Latino and immigrant workers, as well as older employees, were at higher risk than their peers.

The death rate among Latino employees was 18% higher than the national average, at 4 per 100,000 workers. Fatal workplace injuries among this ethnic group increased from 804 in 2014 to 903 a year later, when 67% of them were immigrant workers.

The 2015 death toll does not include the number of workers who had died from occupational diseases, which the report estimates to be between 50,000 and 60,000 a year -- an average of 150 deaths a day. It said that nearly 3.7 million work-related illness and injuries were reported that year, however this figure could be closer to 7.4 million to 11.1 million once widespread underreporting is accounted for.

According to the report, there were only 1,838 inspectors (815 federal and 1,023 state) to inspect the 8 million workplaces under the Occupational Safety and Health Act's jurisdiction in the 2016 fiscal year, with one inspector for every 76,402 workers.

AFL-CIO said: "More than 553,000 workers now can say their lives have been saved since the passage of the Occupational Safety and Health Act of 1970, which promised workers in this country the right to a safe job. The Obama Administration had a strong track record on worker safety and health, strengthening enforcement, issuing key safety and health standards, and improving anti-retaliation protections and other rights for workers.

"These are challenging times for working people and their unions, and the prospects for worker safety and health protections are uncertain. What is clear, however, is that the toll of workplace injury, illness and death remains too high, and too many workers remain at serious risk. There is much more work to be done."