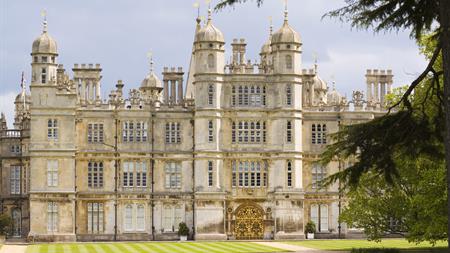 Burghley House Preservation Trust, which operates Burghley House in Stamford, Lincolnshire, failed to implement standard industry measures, including fitting a slack rope detector to the lift. Had it also employed a competent lift engineer, the trust would have identified that no safety gear had been fitted to prevent the lift from descending rapidly.

Arthur Mellar, who was a long-serving butler at Burghley House was crushed to death by the lift on 12 July 2014 after it descended on him while he was attempting to free a piece of luggage that had become stuck. He was trapped between the lift cage and the banister of the stairwell, which houses the lift. Mellar died in hospital hours later after sustaining severe head and shoulder injuries.

The HSE investigation found that the country estate was hosting its annual cricket match and four guests' bags had been put in the lift on the ground floor to be carried to the private area on the second floor. As the lift ascended, one of the bags got jammed between the edge of the lift car -- which had no door, but was fitted with a "bungee cord" -- and the lift shaft.

Mellar had leaned over the stairwell into the lift area to retrieve the bag, when the lift descended rapidly on him, trapping his head and shoulders.

Burghley House Preservation Trust, which runs the stately home, had never carried out a risk assessment of the lift. A maintenance manager had checked it monthly but was not competent to carry out the assessment.

A competent lift engineer would have spotted the lack of a slack rope detector, which identifies a lack of tension in the load. The lift was fitted with a single wire rope with no counterbalance rope. The court heard that the slack rope detector device was a standard fitting in the industry in the late 1950s and would have prevented the accident.

The lift, which was installed in the late 1950s/early 1960s, had been used infrequently and, according to the defence, there had been no previous incident or injury of any kind. However, it had jammed before on a couple of occasions.

Burghley House Preservation Trust pleaded guilty at an earlier hearing to a breach of s 2(1) of the Health and Safety at Work Act.

Sentencing on 27 February 2017, Judge Sean Enright determined the Burghley House Preservation Trust's culpability as high. The judge said that standard measures were available to prevent the incident from happening but the trust had failed to use them. He added that there had been no safety inspection and the trust had failed to respond to defects on the lift, which had been flagged up after minor incidents. The judge also said that the infrequent use of the lift did not matter. "It's sheer chance that previous incidents did not have tragic results," said Judge Enright. He said the seriousness of the harm risked was level A and the likelihood of the harm arising was medium (harm category 2).

The trust's turnover was just over £8m, which classified it as a small organisation. The trust's high culpability suggested a starting fine of £250,000 (in a category range of £170,000-1m). However, the judge initially set the fine at £500,000. Taking into account the trust's full co-operation with the investigation and its "positive attitude to health and safety" since the tragedy, he reduced the fine by £100,000. Judge Enright then took into account its early guilty plea and settled on fining the trust £266,000 and ordering it to pay costs of £16,863.

Since the incident it has carried out a comprehensive review of safety and health across the estate and has ensured that all staff are trained in risk assessments and given manual handling training.