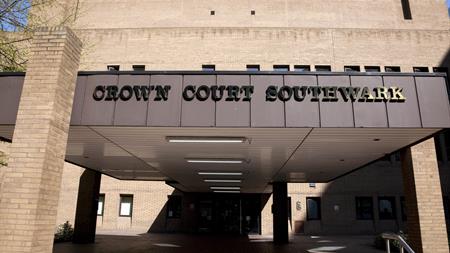 Southwark Crown Court heard that George Ball, 58, who was a roadworker for the council, was clearing a blocked drain in a residential street in Romford on 2 March 2015 and needed to cut back trees above the ditch containing the drain.

Ball was using a hand-held petrol-driven Stihl cut-off saw with a rotary blade to lop branches when the blade jammed in the wood. As he pulled it free, the blade glanced across the upper part of the his left leg cutting through to the bone. He needed surgery and 60 stitches, and also sustained muscle and ligament damage.

HSE inspector Samantha Gillatt told IOSH Magazine the cut-off saw was part of the council team's equipment, usually used for cutting concrete. The blade Ball used had been purchased by a council manager and had been used once before to lop trees.

"The rotary blade was one that you would usually find in a woodworking shop for cutting pieces of timber. So it should only be used in a cross-cut saw or similar," said Gillatt. She added that though the council had a risk assessment for the saw's use it did not cover cutting branches. "It was a generic Stihl saw risk assessment," said Gillatt.

London Borough of Havering Council pleaded guilty to breaching Regulations 4(2) and 4(3) of the Provision and Use of Work Equipment Regulations, which covers selecting work equipment and ensuring it is only used for operations for which it is suitable.

In court Vivek D'Cruz, prosecuting, was quoted as saying: "Mr Ball had never read or been directed to the manuals for the equipment he used in his job, including the cut-off saw that caused him such a serious injury that day. Nor did he know where such manuals were kept.

The judge set the council's culpability as medium because there were clear warnings in the Stihl saw's manual about the risks of using incorrect blades. The judge said he put more emphasis on the potential harm risked than the actual harm caused. He set the likelihood of injury as high and the potential for injury as level A. ("That blade, if it had come down on his neck could have caused a fatality and the Stihl saw manual warned about that," Gillatt noted). This combination of likelihood and potential harm - in lieu of the actual harm -- placed the offence in Category 1 in the guidelines.

The authority's turnover was assessed by reference to its annual budget -- just under £159m for 2016-17 -- which made it a large organisation for sentencing purposes. The starting point for the fine was £1.3 million and the range was from £800,000 and £3.25 million. The judge noted Ball's injury, the actual harm from the failing, was an aggravating factor in the case, but in setting the penalty at £500,000 he allowed for the fact that Havering had pleaded guilty at the first opportunity and that a high penalty could lead to cuts in the local authority's services.

The fine is one of the first to be imposed on a local authority since the new sentencing guidelines for health and safety offences were introduced earlier this year. The council must also pay prosecution costs of £8,240. Havering is said to be considering an appeal against the penalty because it believes it is too high.