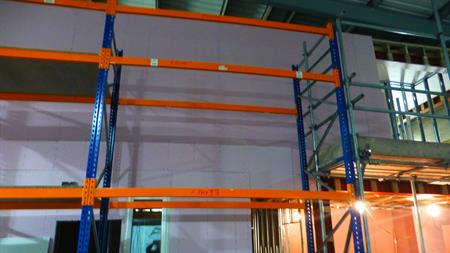 The company had failed to recognise its roles as client and the principal contractor under the Construction (Design and Management) (CDM) Regulations 2015.

Two of the four men suffered leg fractures; a third sustained a broken collar bone, while the fourth sustained severe bruising of the chest, which required him to wear a body vest.

Had LSDM properly managed the working at height and lifting risks, and also provided the right level of trained personnel and supervision to carry out the work safely, the incident would not have happened.

Westminster Magistrates' Court heard on 22 February 2017 that LSDM, which has 17 branches in London, was renovating a warehouse in Wembley in northwest London when the incident happened on 27 April 2016.

A Health and Safety Executive (HSE) investigation found that LSDM had recently purchased the building and was in the process of converting the space into its new head office. The company's six-strong build team had constructed a new two-storey structure within the warehouse space on a mezzanine floor but had taken no precautions to prevent anyone from falling. The upper level was over 3.5 m off the mezzanine.

HSE inspector Jack Wilby told IOSH Magazine that when the build team started the conversion there was no scaffolding, and evidence from the regulator's investigation showed people working next to areas with significant falls. When the scaffold was finally erected, it didn't extend all the way around the structure, so the team installed a tower scaffold to help erect the internal structure.

"All the statements say that the tower scaffold was not wide and tall enough to use, there were missing parts and it was not in a good enough condition to be used," said Wilby. "They then went and got an existing racking system in the warehouse [blue upright and orange horizontals] and erected it on the floor."

Wooden panels were installed across the racking to provide working platforms. However, the HSE found that they were not set up correctly and were missing supports. In addition, the edge protection on the top of the racking was inadequate and would not have prevented a fall to the mezzanine floor.

Just before the incident, four members of the team manoeuvred the ventilation unit on to the tower scaffold while one worker was positioned on the top of the new structure, ready to receive the unit so that it could be fitted in the space under the warehouse roof.

"The statements were not clear on who was organising and running the work," says Wilby. "However, when they moved on to the racking, four of them went to lift the ventilation unit and the wooden platform gave way."

The HSE identified a number of failings. LSDM did not realise that it was both the client and the principal contractor under the CDM 2015. As a result, it did not have a construction phase plan. Also, it did not plan the lifts and the work at height. The team "was left to work it out themselves".

The company also failed to have the right level of trained personnel and supervision in place to carry out the refurbishment work safely and effectively.

LSDM of Fourth Way, Wembley in London pleaded guilty to breaching regs 6(3) of the Work at Height Regulations 2005 and reg 4(1) of the Manual Handling Operations Regulations 1992.

District Judge Quentin Purdy determined that the culpability was high. The seriousness of the harm risked was within level B and the likelihood of the harm arising was medium (harm category 2).

Wilby told IOSH Magazine: "Following the incident, they agreed to stop all work and brought consultants in to arrange for the racking to be dismantled safely using a mobile elevating work platform (MEWP). Also, as the CDM client and principal contractor, they also produce a construction phase plan."