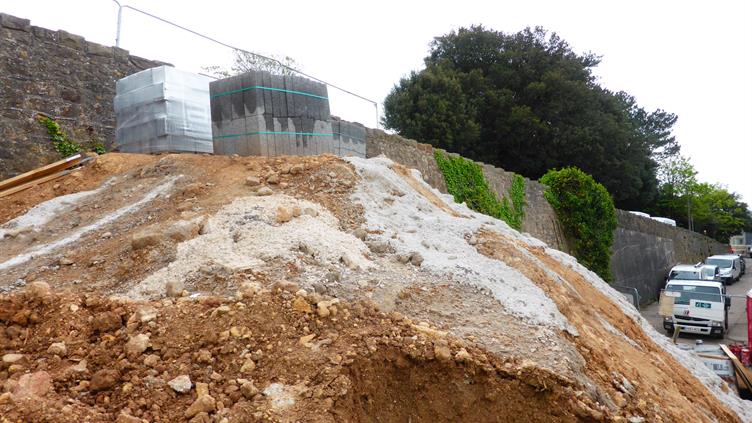 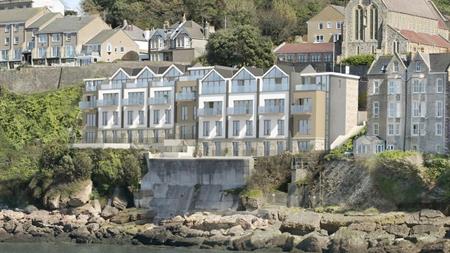 North Somerset Magistrates' Court was told that the Health and Safety Executive (HSE) took enforcement action against Ikon Construction after a member of the public alerted inspectors to poor standards on a site in Clevedon, north Somerset in May 2016.

HSE inspectors had previously found failures to plan and manage work on four of the company's other sites and had issued six notices of contravention and three prohibition notices. One site had been visited multiple times.

On 5 May 2016, a member of the public, who had noticed workers erecting timber frames for nine town houses at Marine Parade in Clevedon without fall protection, took photos and sent them to the HSE. Inspectors visited the site on 9 May and identified serious issues relating to work at height, plant, temporary works and fire safety.

The HSE found that the site was located next to the edge of a cliff. As well as failing to provide fall protection for workers on the house frames, Ikon Construction had fenced the cliff edge by simply leaning fencing panels against bushes beside the drop. The company had also used inadequate plastic barriers around the block and beam floors as edge protection.

The builders were using an excavator with one cracked and one missing wing mirror and the pedestrian walkway to the welfare facilities was directly behind the machinery.

One of the spoil heaps on the site had concrete blocks resting on the top of it. An additional spoil heap had an excavator sitting on it and was against a part-completed wall.

The excavations ran up to 2.3 m deep with no shoring and concrete beams had been placed beside the excavation face increasing the loading.

There were no temporary works procedures and the workers had not received any training.

Inspectors also found that the company had failed to carry out an off-site fire, explosion and risk assessment (FERA) for the houses.

HSE inspector Kate Leftly told IOSH Magazine that District Judge Taylor determined the company's culpability as being at the top end of medium and the harm category was 2. The judge, she added, said that if each of the issues highlighted by the HSE was taken individually, the likelihood of harm could have been low but, put together, and considering there were 18 workers on-site, he moved the likelihood of harm up to medium and determined the seriousness of harm risked as level A.

Under the sentencing guidelines, Ikon Construction is classed as a medium organisation (£25m turnover), putting the starting point for the fine at £240,000. However, due to the seriousness of the charges, he started at £300,000 and increased the penalty 10% to £330,000 to reflect the previous warnings. This was reduced to £145,000 after the judge had factored in the company's early guilty plea, its full co-operation with the HSE, the fact that it had no previous convictions, that it had some procedures at the site and its cash flow and ability to pay. Ikon Construction had also taken steps to rectify the problems.

Leftly said that after her 9 May visit, the company implemented a temporary works procedure and provided training for all the workers. It brought in an engineering geologist to advise on the geotechnical risks and produce a controlled sequence to mitigate the risks, which included supporting the excavated face, removing loading on the spoil piles and excavation and ensuring the spoil was battered back to a gradient of not more than 38 degrees.

Ikon Construction also hired a fire engineer to carry out an off-site FERA, who recommended replacing the category A timber with B1 category timber to reduce the risk of fire spreading. This reduced the distance the timber frame development had to be from the neighbouring properties.

The fencing was moved 2 m from the cliff edge to prevent workers accessing the area and scaffolding was erected around the block and beam floors to provide suitable edge protection.

The company also removed the cabin used for welfare facilities from the site and introduced daily plant checks, which were documented by the subcontractors on site.