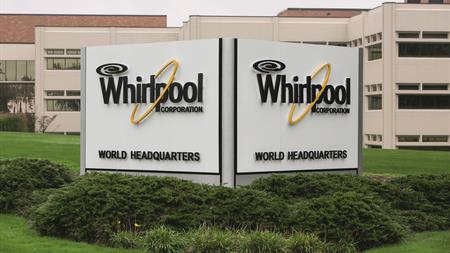 On 21 March 2015, Clive Dalley, 66, was moving a heat detector that formed part of the alarm system at Whirlpool's factory at Yate, near Bristol, where it makes tumble dryers.

Elsewhere in the factory, Whirlpool staff were working weekend overtime maintaining an overhead conveyor, which was suspended 6 m above the floor and used to carry components around the plant.

Dalley was standing on an elevating mobile platform between two of the carriage baskets suspended from the conveyor.

Health and Safety Executive (HSE) inspector Matt Tyler told IOSH Magazine the maintenance workers could not see Dalley from the conveyor's control panel in the middle of the factory. They started the conveyor and one of the carriage baskets caught on the platform, toppling it. Dalley fell to the ground, sustaining fatal injuries.

Tyler said the maintenance was covered by a risk assessment and Dalley's work on the fire alarm was subject to a permit to work but both were inadequate. The risk assessment recognised the potential for interfering tasks, "but in this case the assessment didn't identify the conflicting tasks on the day".

The permit did not specify the location of Dalley's work.

Tyler said there was no effective means of communication between site management, supervisors, operators and the contractor.

The difference between the company's written protocols and what happened on the day of the accident was marked, he noted: "They were able to furnish us with extensive documentation that, had it been followed to the letter, would have led to measures that would have avoided the accident."

Whirlpool has since overhauled its procedures for managing contractors, work at height and use of elevating platforms. It now requires potentially conflicting tasks to be identified after a first meeting between a contractor and site management.

The company has now formalised the meetings of site staff before weekend overtime takes place.

"Details of any contractor activity must be submitted before that meeting takes place," said Tyler.

Whirlpool's 2016 turnover of $20.7bn (£16.25bn) placed it far above the £50m threshold for a large organisation under the sentencing guidelines.

The judge set the starting point for the fine at £1.2m but reduced the penalty to reflect factors in the company's favour (see box). "The judge said they had every mitigating factor that was relevant," Tyler said.