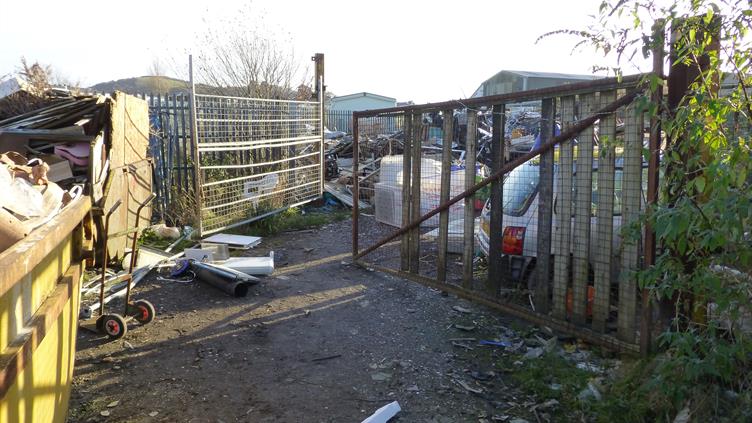 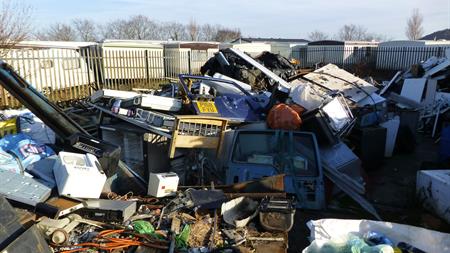 The Health and Safety Executive (HSE) attended the site of Swansea-based waste disposal firm Crofty Point Metals on 9 July 2013 after being notified of a fire and gas cylinder explosions. The fire was the result of arson and followed two similar incidents.

Swansea Crown Court was told on 23 August that the HSE had been contacted by South Wales Fire Service following the third incident at Crofty Point's site on the Crofty Industrial Estate, Penclawydd, Swansea on 26 June 2013.

The HSE made four visits to the site between July 2013 and July 2014 and gave verbal and written advice on site security fencing to prevent the public gaining access to the premises, maintenance of a JCB excavator and thorough examination and testing of lifting equipment.

HSE inspector Anne Marie Orrells told IOSH Magazine that a damaged side mirror on the excavator was never replaced despite repeated instruction on each of the visits.

"With an excavator, you have blind spots, so the mirror is fitted for a reason to assist the person operating it to see people walking behind and to the side of them," she said.

Orrells served two improvement notices requiring excavator training [because] "nobody working at the premises had been trained to use the machinery" and introducing adequate welfare facilities, which were later complied with.

The HSE returned to the site on 28 July 2014 and served three more improvement notices covering site security fencing, maintenance on the JCB 360 excavator and thorough examination and test on lifting equipment on a skip vehicle.

On 30 September 2014, Orrells told Collis and the company they had not complied with the improvement notices served on 30 July. On the final visit on 7 December 2016, the inspector found the conditions had deteriorated.

The site was unattended with the gate left open and was full of waste and debris, including loose gas cylinders. There was no clear demarcation of pedestrians and vehicles. No maintenance had been undertaken on the excavator and no safety checks had been carried out on the lifting equipment on the skip vehicles.

Robert Michael Collis of Dyffryn Road, Swansea, pleaded guilty to s 2(1), 3(1) and 37(1) of the Health and Safety at Work Act. He was sentenced to eight months' imprisonment. A further four months were added in relation to environmental offences brought by Natural Resources Wales (NRW) with a previous suspended sentence added to be served concurrently. Collis was also disqualified from being a director or manager of a company for seven years.

Summing up, the judge Geraint Waters said: "The HSE served the appropriate notices [on Collis and Crofty Point Metals] to provide appropriate security and equipment in relation to operations on the site to reduce the considerable risk to employees and members of the public."

He added there was a "woeful disregard following the visits and nothing significant had been done. Instead of working with them and accepting advice, it became a confrontation with public servants".

Orrells told IOSH Magazine that the police attended each HSE visit to the site because Robert Michael Collis was "deliberately obtuse and obstructive" and "hostile".

She explained that Collis was prosecuted because he ran the company's business activities. "His son Cameron Collis was the director in name only at the time of my visits [but] Robert Michael was the 'controlling mind' of the business and owned the land. He transferred the directorship to his daughter the day after he found out the HSE were prosecuting him."