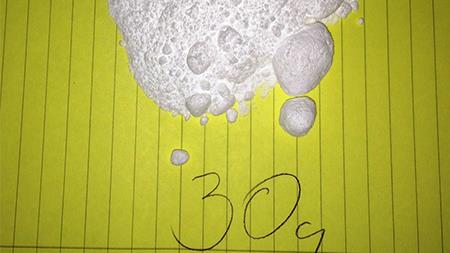 A group of second-year sports science students at the University of Northumbria was taking part in a practical exercise to study the effects of caffeine when the incident happened on 23 March 2015. To measure the effects the stimulant had on physical performance, one volunteer was to consume a non-caffeine solution that mixed water and orange juice, while two volunteers -- 20-year-old students Alex Rossetto and Luke Parkin were to have caffeine added to their drink.

Before the three volunteers worked out on exercise bikes in the main laboratory for 20 minutes, Rossetto and Parkin were handed the solution in a 0.5 litre screw-top bottle, which contained 100 times the amount of caffeine that was prescribed for the experiment.

Both volunteers immediately suffered dizziness, blurred vision, vomiting, shaking and rapid heartbeat and were rushed to hospital where their conditions were judged as life threatening. The court heard dialysis was required to remove the excessive levels of caffeine from their bodies.

A Health and Safety Executive (HSE) investigation found that the university had set protocols for the experiment, which included instructing the students to use a maximum of up to three 200 mg caffeine tablets. However, the university had switched to using pure caffeine in powder form and neither the two lab technicians present in the kitchen where the solutions were mixed nor the senior lecturer in the main laboratory checked that the correct dose had been calculated for the volunteers.

HSE inspector Cain Mitchell told IOSH Magazine: "The university had a four-page document, which explained the protocol for that lesson and that was what the students were given and what they were working off. It included the equation that students had to follow in preparing the solution."

Lab technicians were supervising some students in the preparation kitchen, and helped them calculate the amount of caffeine for each volunteer to consume, based on body mass.

"The protocol instructs that 200 mg capsules should be used and there should be a maximum of three capsules so that there are controls in place and if you put all three in [the solution] the most anyone would be exposed to would have been 600 mg, which is not a dangerous level," explained Mitchell.

"At some point, the university moved from using the 200 mg capsules to a bag of powdered caffeine, and this bag had been in the kitchen for the previous few years. The students were using the caffeine from this bag and used a mobile phone to make the calculation."

Mitchell said that one of the lab technicians was participating in the experiment for the first time while the other had only taken part once before with the senior lab technician, who was unavailable to supervise the administration of caffeine that day. Neither lab technician present queried the amount of caffeine given to the volunteers.

"Although a miscalculation took place, it was allowed to go unchecked," he said "-¦if they had been using the capsules as instructed in the protocol, a miscalculation of this magnitude would not have occurred. For the students to have ingested the amounts they did, approximately 150 capsules would have had to be used for both students."

Rossetto should have been given 306 mg and Parkin 320 mg but Rossetto ingested 30.7 g and Parkin 32 g. Adam Farrer, representing the prosecution, said that there had been reported cases of persons receiving a fatal amount of caffeine of around 15 g.

The University of Northumbria in Newcastle Upon Tyne entered an early guilty plea to breaching section 3(1) of the Health and Safety at Work Act 1974 at Sunderland Magistrates' Court on 8 December 2016 before the case passed for sentencing to Newcastle Crown Court on 25 January 2017.

Judge Edward Bindloss said that under the sentencing guidelines the university's culpability was high, and the seriousness of the harm risked was Level A because the incident could have led to two fatalities. The judge said the likelihood of the accident was medium, placing the offence in harm category 2.

In passing sentence, Judge Bindloss took into account the fact that the university had no previous convictions. He also considered its early guilty plea, the fact that it fully co-operated with the HSE investigation and that it had complied with an improvement notice for its risk assessment for the experiment, served after the incident. Judge Bindloss fined the university £400,000 and ordered it to pay costs of £26,468.

Mr Mitchell explained that the university had carried out investigations following the incident, reviewing the roles and responsibilities of staff and students and an in-depth review of all risk assessments and protocols covering human experiments.

"Specifically with this practical session, the revised control measures now state that the maximum dose to be administered is 400 mg of caffeine," he concluded.

London, England
Up to £50000 per annum + plus excellent benefits
Reference
5447891
END_OF_DOCUMENT_TOKEN_TO_BE_REPLACED