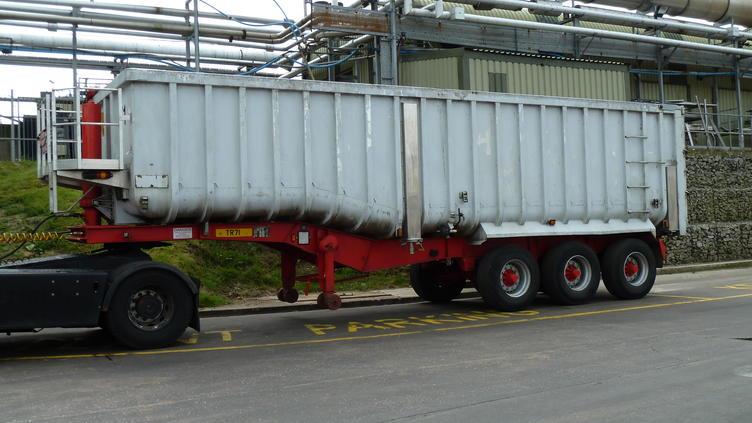 As previously reported, on 23 April 2014, William James was tipping carcasses from a compartment in an enclosed animal waste trailer, the end of which was covered with a tarpaulin.

James climbed on to a gantry on the back of the trailer to roll back the tarpaulin with the intention of tipping out a second load, unaware that a pig carcass had become stuck between the compartments. He mounted the trailer and attempted to dislodge the carcass with a shovel.

He was overcome by hydrogen sulfide, a toxic gas produced by decomposing animal waste, and a reduced oxygen atmosphere, losing consciousness and collapsing inside the container.

Concerned for James' whereabouts, his colleague Thomas Lawinski climbed the side of the trailer and into the rear compartment. He spotted James on the container floor but began to feel disorientated and went to climb back out. He was overcome by the gases, lost consciousness and fell from the trailer to the ground, a distance of approximately 3.5 m. He sustained bruising, spent five days in hospital and was off work for approximately five weeks.

A third employee responded to Lawinski's initial calls for help. He climbed into the trailer, but he too started to feel dizzy from the gases and tried to climb out of the compartment. While he was descending the built-in steps on the side of the vehicle he began to feel weak and was unable to disembark, so he hung on to the side. The vehicle was driven outside where he was able to recover and climb down. James was eventually pulled from the compartment. He suffered bruising and a head wound that required stitches.

Speaking to IOSH Magazine, HSE inspector David Brassington said: "Experiments conducted on behalf of JPS identified that tipping the animal waste trailer with the tarpaulin covering the waste compartments, gave rise in certain situations, to higher concentrations of toxic gases such as hydrogen sulfide being measured. It would appear that in these situations, higher levels of hydrogen sulfide were retained in the trailer during the tipping processes, this included when one compartment had been tipped and the other compartment still contained the animal waste." He added that hydrogen sulfide settles in enclosed spaces.

Stafford Crown Court heard that the incident could have resulted in fatalities and that the company had been prosecuted twice before for deaths involving confined space entry.

Applying the sentencing guidelines for health and safety offences Judge Michael Chambers described JPS's culpability as medium, the harm level as category A (reflecting the potential for death) and the likelihood harm of medium.

Following the incident, the company has introduced a documented system of work, which includes maintenance and repair activities, for employees using its waste trailers.
JPS has invested in what was described as a "bespoke trailer wash", costing £500,000. This cleaning equipment was identified to the court as a significant improvement, as it avoids the need for workers to enter trailers which have not been cleaned.