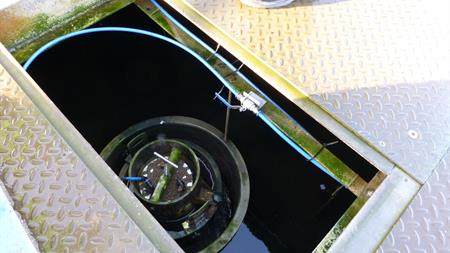 Robert Geach, 54, had removed a 1.05 m x 41 cm observation grid on top of the sand filtration unit to access and inspect the waste-water filter underneath. After he had removed the grid to reagitate the air supply to the filter, Geach slipped and fell into the water below.

The Health and Safety Executive (HSE) identified that a colleague has last seen Geach standing on the filtration unit at around 3pm as he was leaving the site. Geach had logged on to the lone worker system at 2.39pm, with a two-hour poll time (the period of time before he had to send another status update). However, at 4.39pm Geach had failed to respond to the automatic system, which attempted to reach him again at 4.45pm and 4.50pm.

An alarm was automatically raised with South West Water's control room at 4.52pm. A technician then attempted to make contact with Geach, and also spoke to his wife who confirmed that he had not arrived home from work. Information obtained remotely from the tracker in Geach's work vehicle showed that it was still parked at the Falmouth site.

At 6.22pm South West Water contacted the stand-by catchment operator and asked him to go to the site to locate the missing operator. He found Geach at 7.30pm face-down in the water tank.

The accident happened on 30 December 2013, and HSE inspector Georgina Speake visited Falmouth WasteWater Treatment Works the following morning with Devon and Cornwall Police. She told IOSH Magazine that she identified an "obvious risk" posed by the removal of the observation grid, for which the risk assessment was inadequate.

The HSE served a prohibition notice and an improvement notice on the company, the latter of which required South West Water to carry out a suitable and sufficient risk assessment.

Speake said: "The HSE recommended that South West Water introduce a safe system of work, ie guardrails, reduced-size grates, work restraints, dual manning etc., or relocate the sand filters to ensure that the risks associated with this maintenance activity were eliminated or reduced so far as was reasonably practicable."

It fixed the observation grids into position and installed a smaller "cat-flap" opening in them. This reduced the size of the openings while not restricting the operatives' access to the sand filters. Single-manning on sand filtration units at all of South West Water's wastewater treatment sites was also suspended.

The company halved the maximum three-hour poll time on its lone worker call system to 1.5 hours, before it eventually replaced the technology with a Twig system. The new system features a panic alert, an automatic "man down" tilt detector, and GPS tracking. The devices are also fitted with multiple SIM cards in order to pick up the strongest signal.

"Some areas of Cornwall have poor mobile phone coverage, however the new Twig system will connect to the best network available," Speake said, adding that any alarm triggered goes through to Securitas' alarm receiving centre in Milton Keynes and is dealt with independently of South West Water's control room.

South West Water had pleaded guilty to breaching s 2(1) of the Health and Safety at Work Act at the earliest opportunity. Judge Linford, who handed the company a £1.8m fine at Truro Crown Court on 21 April, said the penalty "needed to have an impact". (See box below for the judge's application of the sentencing guidelines.)