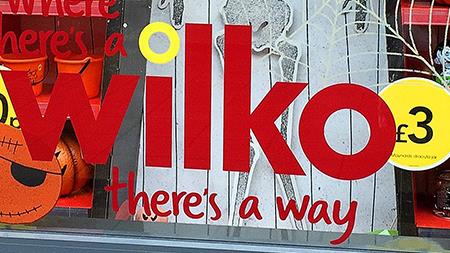 Customer services assistant and university student Corisande Collins was pinned underneath the overloaded roll cage at a Wilko store in Leicester in August 2013. Collins, 23, now uses a wheelchair.

Collins worked at Wilko's Beaumont Shopping Centre branch in Beaumont Leys, Leicester. On 22 August 2013, Collins was in the process of manoeuvering the cage loaded with 230 kg of paint cans out from an uneven lift floor with a supervisor, Bhavini Gandhi, when the cage toppled on her, causing severe spinal injuries. Gandhi tried to prevent the cage from falling and also suffered minor injuries.

Leicester City Council's investigation found the floor of the goods lift was not level with the shop floor and the roll cage which fell on Collins was incorrectly loaded.

Roll cages were routinely overloaded and too many were put in the lift at one time. The cage in the incident contained 87.5 litres of paint on the top level, 87 litres on the middle level and 55 litres on the bottom, making it top heavy and unstable.

Council officers found that formal roll cage training was not carried out until 26 September 2013, a month after Collins' accident. The investigation also revealed evidence that supervisors had not had adequate roll cage training themselves, so could not be properly relied upon to provide new employees with the necessary and comprehensive training. To compound matters, staff were expected to make a visual assessment of whether the lift floor was levelling.

Leicester Crown Court heard that Wilko had been fined £200,000 in January 2016 for a fatal incident in which an employee was thrown from a forklift truck which was hit by a larger truck. In that case Wilko's risk assessment was again judged inadequate.

In his sentencing remarks, the Judge Ebraham Mooncey said the one serious previous conviction, even in the context of 90 years of otherwise blame-free trading, justified an upward adjustment in the fine. He determined that Wilko's culpability was high because while it had taken steps to deal with the risks, it fell far below the appropriate standard. The seriousness of harm risked was level A, reflecting the fact that Collins now depends on third-party care. Though the likelihood of harm was medium the fact that multiple employees were exposed to risk prompted him to set the harm category as level 2.

Wilko Retail, which has nearly 400 stores across the UK, including four in Leicester, has a £1.4bn turnover.

The judge said that this figure greatly exceeded the £50m threshold for large organisations in the guidelines and therefore it was necessary to move outside the suggested range (£550,000 to £2.9m with a benchmark of £1.1m) to achieve a proportionate sentence. Taking into account mitigating factors, including early guilty pleas and a high level of co-operation with the council investigation and its "impressive" list of charitable activities, Judge Mooncey said the £2.2m fine was appropriate and was imposed for the s 2(1) breach, though the sum reflected culpability for the other offences. He also ordered the company to pay £70,835 in costs.

Leicester City Council's public safety team manager Govind Mandora said: "The level of fine is very high indeed when one considers that Wilko's last conviction under the old guidelines, which was even more serious as it concerned the death of an employee due to health and safety lapses, attracted a fine of £200k by comparison."

Collins, who had just completed the first year of a degree at Northampton University, spent weeks at Coventry's Walsgrave Hospital following the accident before being transferred to the spinal injuries unit at Sheffield for rehabilitation. She was discharged in December 2013, and returned part-time to her university course. She is bringing a separate civil claim.