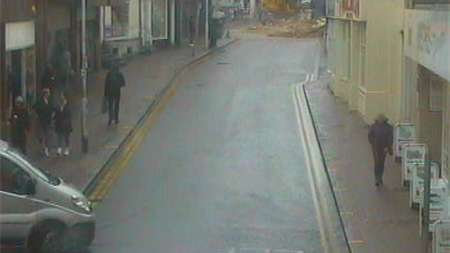 The building on High Street in Ramsgate was owned by Panther VAT (PAL), a subsidiary of property investment company Panther Securities. It was an old textile printing factory with a historic frontage, but PAL had planned to convert it into 20 flats and had contracted sole trader Martin Elmes to undertake the demolition work.

After PAL's planning application was refused by Thanet District Council, the company claimed it had been advised by a structural engineer to demolish the building because it was structurally deficient. The council sent a building control surveyor to the site to carry out an inspection and he concluded that the building was safe.

Nevertheless, PAL agreed with Elmes to go ahead with the demolition. On 6 November 2013 both parties refused to obey Thanet District Council's instructions to down tools and a worker used the bucket of a JCB to knock down the building facade.

The council reported the incident to the Health and Safety Executive (HSE), which served a prohibition notice on PAL.

"The JCB just pushed the front of the building into the high street," HSE inspector Andrew Cousins told IOSH Magazine. "There was zero containment and masonry was flying everywhere. Members of the public were literally inches away from the facade of a building being pulled down. If just one bit of masonry had gone the wrong way, we'd have had multiple fatalities. It was absolutely appalling."

The HSE's investigation found that Elmes had not followed his own method statement, which referred to using a demolition grab to dismantle the structure.

"A demolition machine offers proper impact protection for the driver and has tracks for full control," said Cousins. "There were no safe working methods for dismantling the structure and no mention of hoarding off the area, which is an absolute basic."

PAL was also found to have requested a quote from another, legitimate demolition contractor, which had not accepted the job after discovering the work had not been granted planning permission.

Both parties were sentenced at Canterbury Crown Court on 6 June. PAL pleaded guilty to breaching reg 4(1) of the Construction (Design and Management) Regulations 2007 for failing to ensure the contractor, Martin Elmes, was competent.

It was fined £160,000 after the judge determined that, under the sentencing guidelines, its culpability was high and the harm category was 1, moved up from 2 to reflect the "exposure of multiple people to a significant risk of harm". He set the fine at £240,000, reduced by a third for the early guilty plea. PAL was also ordered to pay costs of £9,129.

Cousins said: "PAL was set up as a separate legal entity in order to recover VAT on the construction works and owned the property, so we had to prosecute them only and could not take into account the resources of the parent company, Panther Securities. PAL is a micro company."

He added: "Everyone who has responsibilities under CDM needs to sit up and take notice. Just because a client may not necessarily have expertise in construction, they still have various duties -- one is to appoint contractors who are competent.

"The only reason PAL appointed [Elmes] was because he had put up some hoarding for them at another site in the past. On what planet does putting up hoarding mean somebody is competent to demolish a structure?"

Martin Elmes pleaded guilty to breaching reg 25(1) of the same regulations. The court was told that he was a "man of straw", had no assets, was claiming benefits and said his mental health had continued to deteriorate. The judge took this into account and imposed a suspended sentence, in addition to a four-month curfew from 9.30pm til 5am.