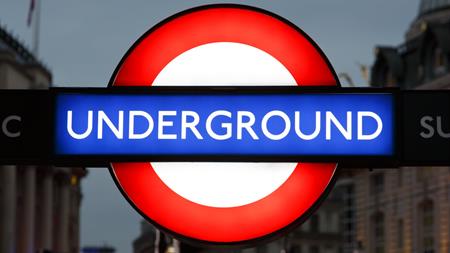 Blackfriars Crown Court was told that employee Alan Cooper was using the scaffold to clean a former lift shaft inside the abandoned South Kentish Town tube station on 22 September 2014. He fell 9.2 m from the scaffold and was in hospital for ten days. Cooper was part of a "vent gang", a specialist unit that cleaned limited access areas on the underground at night, stopping a build-up of dust and fluff that could be a fire hazard.

On the day of the accident he was in the lift shaft approximately 7 m in diameter, and 13.5 m deep. Some years previously, a concrete platform had been built about 1.4 m above the top of the shaft, level with an access doorway. This platform had deteriorated and been part-demolished, leaving a concrete ring resting on inadequate supports. The ring had been boarded over before the vent gang began cleaning and the scaffold erected on the boarding.

The position of the boarding meant the tower could not be placed in the centre of the circular shaft and the side Cooper was working on, removing detritus with a hand-held scraper, was partly beyond arm's length of the shaft wall.

It is believed he stepped outside the scaffold and leant on a steel cross-beam riveted to the shaft wall. The corroded beam gave way and he fell to the bottom of the shaft. He suffered numerous fractures, including to his ribs, arm and pelvis.

Inspectors from the Office of Rail and Road (ORR) found the tower scaffold had been wrongly assembled and its stability had not been assessed.

London Underground had not followed its own temporary works procedure which would have required the vent gang to gain approval from engineers for the proposed method of work and would probably have led to the full demolition of the intermediate concrete platform and erection of the scaffold on the shaft floor.

According to Jonathan Ashley--Norman QC, acting for the ORR, the vent gang was "effectively left to its own unmonitored, unobserved devices. There had been no independent supervision of the team since at least 2011".

Site specific safety documentation was incomplete, was not signed by responsible people and was a "classic demonstration of the trap of documentation being created to satisfy a perceived need to paper a situation". The task's method statement identified the need for a fall arrest harness, but Cooper was not wearing one.

The tower had incorrectly placed brackets, was poorly tied into the shaft wall and had no toe boards.

London Underground, a subsidiary of the capital's transport authority Transport for London, pleaded guilty at an earlier hearing at Blackfriars Magistrates' Court to breaching
s 3(1) of the Health and Safety at Work Act.

The judge assessed London Underground's culpability as high, since the failure was systemic. The seriousness of harm risked was level A, since the accident might have been fatal. Cooper was an experienced member of the team, so the likelihood of the accident was medium, placing the offence in harm category 2. More than one worker was exposed to the risk.

London Underground's revenue of £2.6bn in the year ending 31 March 2015 placed it well above the large organisation range, but the organisation also reported a £25.4m loss that year.

Though London Underground did not plead guilty in the magistrates' court, ORR endorsed the "exceptional course" of allowing maximum discount to the penalty because "the case is complex; to seek, take and process legal advice [is] no simple task; and the negotiations which necessarily take place between prosecuting and defending agencies can take some time".