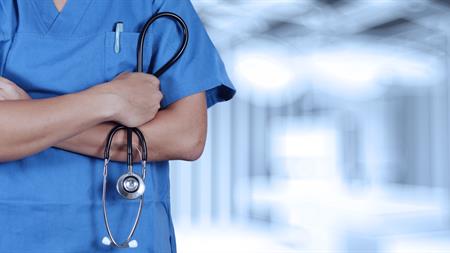 As we previously reported, the Health and Safety Executive (HSE) launched an investigation into Ramsay Health Care (UK) Operations after an employee reported concerns in June 2014 about how its internal occupational health (OH) service was run.

Investigating inspector Emma Page told IOSH Magazine that she had assessed Ramsay's OH provision at its head office in Bedford and found it to be "woefully inadequate". One part-time OH nurse and a physiotherapist had been overseeing "wellbeing provision" that focused on workers' blood pressure, cholesterol levels and exercise since Ramsay took back its OH service in house in March 2013.

Guidelines from the Association of National Health Occupational Physicians (ANHOPS) advise that an organisation should have one OH nurse for every 1,000 to 1,500 members of staff. Ramsay had about 4,500 employees and Page served an improvement notice for it to recruit a sufficient number of competent OH professionals to run the service.

Ramsay complied with the notice in March 2015, eight months after it was served. At its Bedford office it appointed a full-time OH manager to run the service, employed three OH nurses and recruited admin support. Ramsay also provided its link nurses with extra OH training.

Page said: "Once Ramsay had this OH service in place they then started implementing all of the procedures that went with a competent service, such as a computerised pre-employment screening programme. Ramsay's pre-employment screening policy was inadequate before "because they were short-staffed and focused on getting people into jobs". As a result patients were put at risk of ill health and infection.

"No qualified person was checking the medical questionnaires so no one knew whether those employees were 'safe' to work in the hospital," said Page. "The new computerised system meant someone wouldn't actually be paid unless their form had been checked and returned."

As part of its investigation the HSE also reviewed OH procedures at Pinehill Hospital in Hitchin, Hertfordshire -- one of 36 clinics owned by Ramsay in the UK. It found several failings and served a further three improvement notices in August 2014. The first was for risk assessments to be carried out under the Control of Substances Hazardous to Health (COSHH) Regulations for the use of bone cement, which is a respiratory sensitiser, and carcinogenic cytotoxic drugs.

The other two enforcement notices mandated Ramsay to address its policy on occupational dermatitis by assessing the risks to employees of developing the condition and introducing a system of health surveillance. Afterwards, the hospital found 54 members of staff had skin problems.

Pinehill Hospital's failure to implement a latex policy had also exposed patients to the risk of potentially fatal anaphylactic shock.

In January 2015, a nurse working at Boston West Hospital in Lincolnshire was diagnosed with occupational dermatitis, which later spread from her hands to her arms and legs.

Ramsay pleaded guilty to breaching ss 2(1) and 3(1) of the Health and Safety at Work Act. It was fined £550,000 and ordered to pay costs exceeding £36,000 at Southwark Crown Court. (See table below for Judge Bartle QC's application of the sentencing guidelines.)

"Healthcare providers should be aware of their legal duty to protect the health and safety of their employees as well as their patients and service users," said Page.