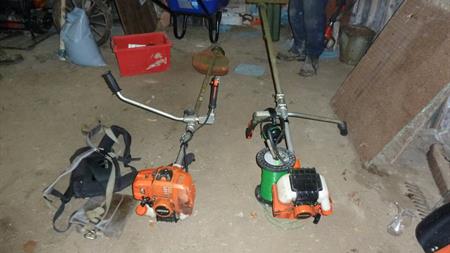 IOSH Magazine reported last week that a worker was diagnosed with HAVS in October 2014 after he visited his GP. He was not under any health surveillance and did not know how to report his symptoms. Thanet District Council reported the injury under RIDDOR (the Reporting of Injuries, Diseases and Dangerous Occurrences Regulations).

When the HSE followed up the report it found that the employee in question, who had worked for the council for around 10 years, had spent up to six hours a day operating equipment such as pedestrian mowers, petrol strimmers and hedge cutters.

It said the council had not taken steps to eliminate or control its workers' exposure to HAVS, and had failed to train them on the risks of vibration exposure and how to control it.

HSE inspector Mike Walters said: "In essence the council hadn't done anything to deal with the risks associated with the use of vibrating tools since the [Control of Vibration at Work Regulations] came in to force in July 2005. There was no proper risk assessment, no adequate controls in place, no training of staff to know what the risks were, how to identify symptoms and how to report them, or any health surveillance programme in place."

Walters said the council would have easily identified that people were at high risk if it had obtained vibration data from the manufacturers and had trigger times for the machinery. He added: "Not having the safety net of health surveillance in place then meant that all of the cases were just disappearing into a black hole."

The HSE served the council with an improvement notice on 17 October 2014 to ensure it had a suitable and sufficient risk assessment for vibrating hand tools. The council complied with the notice by 24 November.

It introduced a health surveillance programme that identified a further 15 cases of HAVS, carpal tunnel syndrome, tendinitis and musculoskeletal disorders, all of which were linked to the use of vibrating hand tools and were reported under RIDDOR.

The council also implemented staff training programmes and job rotation to help ensure its workers were not exposed to vibrating equipment for long periods.

At Canterbury Crown Court, sentencing judge Heather Norton said the affected employees' personal statements "made for very sad reading" -- the worker who was initially diagnosed with HAVS can no longer carry out everyday tasks, such as washing up and DIY. She said Thanet District Council's breach of duty put a total of 40 workers at risk.

She assessed the council's culpability as high and said the offence fell within harm category 2 (the seriousness of harm risked was level B, with a high likelihood). She said that, based on the council's net revenue budget of £18.8m, it was a medium-sized organisation.

The starting point for the fine was £450,000, reduced to £250,000 once the judge had taken into account the council's early guilty pleas, mitigation and "representation of its financial status", Walters said. He said the accepted mitigating circumstances were "an unreserved apology, a high level of co-operation, the fact that it self-reported and the remedial measures it took post HSE's intervention would have cost a significant amount of money".

Thanet District Council pleaded guilty to breaching regs 6(2) and 7(1) of the Control of Vibration at Work Regulations for failing to reduce exposure to vibration to as low a level as reasonably practicable and for failing to place employees under suitable health surveillance, respectively.

Walters said: "[Hand-arm vibration] is entirely preventable but once the damage is done it is permanent."