*UPDATE* DFS furniture handling injury was 'not only foreseeable but foreseen', says judge 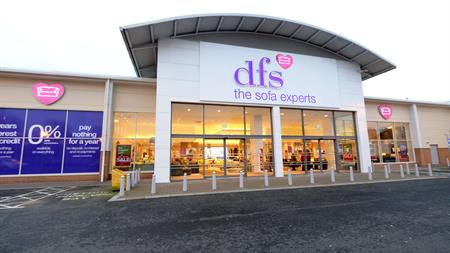 A lorry had arrived at the DFS Lincoln House upholstery factory in Derbyshire on 2 July 2015 and the victim -- a goods-in operative -- and his co-worker were unloading a pallet of wooden sofa arms from the box trailer. The arms, each weighing approximately 11 kg, had been stacked approx 11-high on the pallet and were unsecured.

The victim had both arms stretched above his head to try and steady the load while his colleague used a pallet truck to remove the pallet from the box trailer. As he did, a loose arm caught on the roof of the vehicle and fell 1 m on to the victim's head.

He was knocked unconscious and also sustained a neck injury that caused nerve and muscle damage and numbness in his arms and hands. He was in hospital for a week and off work for a year. He has since returned to DFS as a goods in operative but requires painkillers and additional help to be able to carry out his day to day tasks.

After the sentencing, Health and Safety Executive (HSE) inspector Lyn Spooner told IOSH Magazine that it was common practice for unsecured loads to arrive at the receiving site: "It was normal practice and workers were left to deal with [the unsafe loads] the best they could. One person told us that only one pallet in five would be secured. There was no system for loading the box trailers or making loads secure."

After the accident DFS launched its own inquiry, which identified the need for an updated risk assessment. However, the new risk assessment was deemed inadequate by the HSE when it carried out its investigation and it served an improvement notice on the company.

The executive also found that DFS did not have a safe system of work for loading and unloading and it had failed to train its employees how to do so safely. "They were left to their own devices", Spooner said.

She added: "The fundamental and systemic failings identified in [DFS's] health and safety management systems are far from what would be expected from a company of their size, which has the ability to deliver higher standards of safety."

Staff had reported several near-misses to the company in the months leading up to the incident, the HSE said, including collapsing loads and unsecured items tumbling off pallets that had been stacked too high. "This should have prompted [DFS] to thoroughly review their risk assessments," said Spooner. "We accept that things can move in transit but there should have been a system at the receiving site to ensure that employees knew how to recognise and deal with any unsafe loads."

Soon after the accident the company stipulated that pallets were not to be stacked above head height and must be shrink-wrapped and secured with straps prior to transit. Later, it recruited a new health and safety manager and sent all managers and supervisors on the IOSH Managing Safely training course. (Previously they were not trained in safety and health.)

A DFS spokesperson said in a statement: "This case highlighted some areas where, on occasion, our procedures were not as strong as they should have been. Over the last 18 months we've invested heavily in health and safety, including reviewing our procedures and retraining all our employees."

When applying the sentencing guidelines (see box) at Derby Magistrates' Court, District Judge Zara increased the starting point for the fine from £1.1m to £1.8m to reflect the large number of employees that was exposed to the risk, and the fact the risk was a significant cause of actual harm. He said: "A number of workers at both the loading and unloading sites were exposed to the risk -- a total of 44, according to revised risk assessments."

He added: "This accident was not only foreseeable; it was actually foreseen. There were numerous reports of near-misses and some minor accidents. No effective action was taken to address the risks."

Total fines were reduced to £1m following mitigation and an early guilty plea, with additional costs to be paid of £15,199. DFS was given 28 days to pay the penalty.

Applicability of the sentencing guidelines