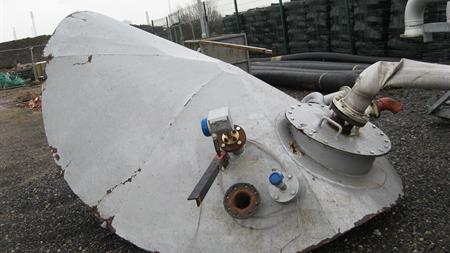 ESL Fuels, which owned the lower-tier COMAH site at Ellesmere Port where it manufactured fuel products, was fined £100,000, with costs of £17,000 awarded to the HSE, at Liverpool Crown Court over the incident.

In January 2015, waste oil contaminated with cobalt was being cleaned and converted into a clean energy source inside a 6 m-tall vessel (T 227) at the company's North Blend Tank Farm. Nitric acid had been added to remove the cobalt impurities and this caused the waste oil to start to foam and overflow from the vessel into a bund.

To prevent a potential catastrophic overpressure in the tank, ESL installed relief pipework to connect the vessel to an emergency dump tank (T 187) to capture the overflowing foam. T 187 had no vent system, however, and combustible gas built up inside the pipework and secondary tank, creating a flammable atmosphere.

On 19 January, two contract workers were inside the North Blend Tank Farm replacing existing pipework as part of a refurbishment project. They used an angle grinder to cut the pipework connecting the two vessels, which was still operational and not isolated.

The sparks from the grinder ignited the combustible gas inside T 187. No one was injured by the explosion but the vessel's lid detached and landed on a walkway.

The HSE's investigation found that the risk assessment and method statement submitted by the contractor -- and accepted by ESL -- were inadequate and subsequently formed the basis of the insufficient permit-to-work, which had been copied from one prepared the previous week.

The issuer had signed-off the permit that stated hot work would be carried out in the bund of T 227, where the ongoing waste oil treatment process was taking place, the HSE found.

HSE inspector Matt Lea said: "The contractor submitted a risk assessment and method statement for the refurbishment work but the [waste oil treatment] process configuration was changed, as was the route of the pipework. Much of this information was communicated verbally which provided scope for uncertainty and misunderstanding.

"So you've got a live process going on at the same time as refurb work which is not being safely controlled. There are ignition sources being brought into the area which have been accepted and ticked on the permit-to-work by ESL's issuer."

ESL complied with an improvement notice and the three prohibition notices served on it after the explosion. The company amended its permit-to-work system in line with the HSE's Guidance on permit-to-work systems: A guide for the petroleum, chemical and allied industries document (www.hse.gov.uk/pubns/books/hsg250.htm).

It had previously pleaded guilty to breaching ss 2(1) and 3(1) of the Health and Safety at Work Act.