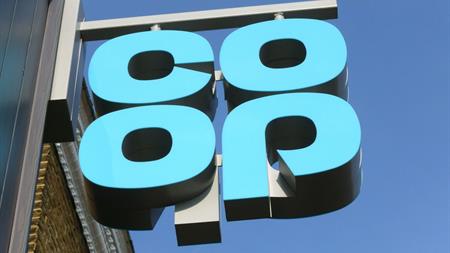 The Co-operative Group pleaded guilty to a charge under s 3(1) of the Health and Safety at Work Act and was fined £400,000 on 22 May. It was also ordered to pay costs of £50,000. (See box below for how the judge applied the sentencing guidelines.)

Stanley May, 74, slipped and fell on a puddle of water and hit his head on the floor on 6 July 2015. He was taken to hospital but died two days later from a subdural haematoma.

Truro Crown Court was told that water had been intermittently leaking from a sandwich chiller over a 44-hour period. Staff had mopped up the water on an ad-hoc basis and put up a caution wet floor sign, however "a number of things were not done in accordance with the guidance provided by the defendant", Judge Simon Carr said.

He said that the chiller units had not been switched off to stop the leak, and the aisle had not been cordoned off to prevent customers and staff walking into the area.

Additionally there were no Taski Zorba absorbent strips kept on site, which should have been used to control the leak and reduce dangerous slip conditions.

Engineers had been called to the store the day before the accident happened and were thought to have successfully repaired the chiller. However, water continued to seep out and staff did not report it as a maintenance issue again until after the accident.

Sarah-Jane Brown, commercial food and safety officer for public protection at Cornwall Council, which brought the prosecution, told IOSH Magazine that the leak was caused because of a faulty pump that had not been draining water from three interconnected chiller units.

She said: "Every hour each of those chillers went through a defrost cycle, with the water flowing into a tray. But because the pump had failed it wasn't pumping the water away; instead the defrost tray was overflowing. So while members of staff might have cleared up the water and it appeared that the leak had stopped, at the next defrost cycle more water would come out again.

"After we reviewed the CCTV footage we noted that, over the three days the unit was leaking, water was evident for 290 minutes during opening hours -- nearly five hours. That was the level at which the controls had failed."