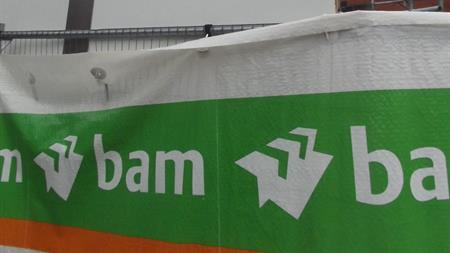 The construction engineering firm was overseeing the construction of a multi-storey mixed-use building in London's West End when the accident happened on 9 December 2015.

A tower crane operator was lifting a load of about 50 1 m-long extendable transoms -- horizontal poles that support scaffold boards -- from a delivery lorry to a CantiDeck access platform on the third floor. A slinger signaller was guiding the load because the crane operator had a restricted view and could not see the lorry or the platform from his cab.

However during this stage of the lifting operation "something went wrong", Health and Safety Executive (HSE) inspector Stephron Baker Holmes told IOSH Magazine. The load, which had been bound together in a stillage and then wrapped in lifting slings, hit the side of the CantiDeck and tipped. Most of the transoms fell on to a gantry two storeys down and several struck a scaffolder who was working there, severely injuring him.

He said before the accident happened there were no signs or barriers to prevent access to the area.

Immediately afterwards the company took action to prevent a reoccurrence, Baker Holmes said. It installed a warning system comprising a flashing light to alert workers on the first floor gantry if a slinger signaller had entered one of the platforms above.

BAM pleaded guilty to breaching s 8(1) of the Lifting Operations and Lifting Equipment Regulations, which requires employers to properly plan and supervise a lifting task and ensure it is carried out safely. It was sentenced at Westminster Magistrates' Court in January.

In applying the sentencing guidelines, District Judge Zani decided its culpability was low and, based on the risk of harm created by the offence, identified the harm category as 3. He classed BAM, which in 2015 had a turnover of £897.5m, as a "very large" organisation and increased the starting point for the fine from £35,000 to £60,000 to reflect this. He then awarded full credit for the early guilty plea.

After the hearing Baker Holmes said: "Construction companies should think carefully about how best to prevent loads being lifted over people who may be working in areas nearby. In some cases it may be possible to restrict access to a particular area while lifting operations are being carried out above."