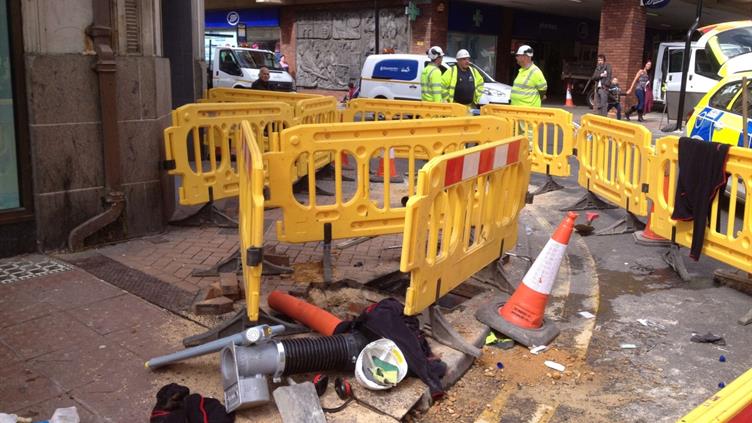 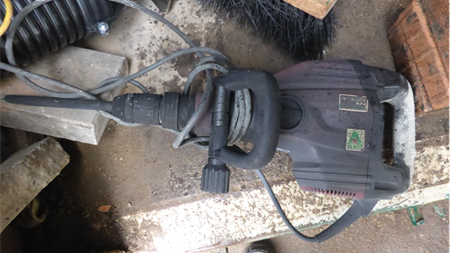 Steven Brown, 61, was working on Eastgate Street as part of a gang of four subcontractors employed by Gloucestershire County Council's highway contractor Richens. They had been recruited by Amey to replace traffic lights and update traffic control systems.

In May 2015, Brown was removing the bottom of a concrete service box with a hand-held breaker machine to lay a cable duct. He hit a live 11,000v cable that was under the box and received an electric shock. His clothing caught fire and he sustained serious burns to his face, chest, arms, hands, legs and stomach.

He was put in a medically induced coma for two weeks and has undergone several skin grafts. The accident also affected his eyesight and heart rhythm, while nerve damage means he no longer has full use of his left hand. He still attends physiotherapy appointments and has been unable to return to work.

The Health and Safety Executive (HSE) found that, though Richens had carried out work on behalf of Amey in the past, the gang that Brown was part of had not worked for the company before and was insufficiently supervised.

Amey had provided the workers with a cable avoidance tool (CAT) scanner to locate buried services, but had not shown them how to operate it properly. As a result the equipment "wasn't used appropriately throughout the duration of them being on site". Kate Leftly said: "It was a new gang; they should have been supervised to a higher level but they were just left to get on it."

The investigation revealed that Amey had not relayed information about the area's underground services to the subcontractors. A cable-avoidance specialist had carried out a scan of nearby services and reported on his findings, but the report had not been given to the gang. Additionally, Amey had not briefed the workers on the road markings that had been spray painted on to the floor ahead of the excavation work.

The employees were given a 1:1250 scale map, which, Leftly said, was unclear due to the congestion of services within the area.

Amey stopped work immediately after the accident and has since reviewed its safety procedures and operating practices. Today it issues underground service plans at a scale of 1:500 and requires all workers to wear arc flash personal protective equipment. It has improved its risk assessment process and increased supervisor training.

The company has also enhanced its permit to dig scheme. Leftly said: "The permit to dig had been completed by somebody who had copied a previous one and wasn't clear on the control measures. It failed to deliver the levels of control, communication and coordination that a permit system should have done for this potentially hazardous work. Not only had it expired but it didn't actually do what it needed to do."

Amey was fined £600,000 plus £15,498 costs at Gloucester Crown Court on 8 March after it pleaded guilty to breaching reg 25(4) of the Construction (Design and Management) Regulations 2015 at an earlier hearing.

HHJ Cullum determined that Amey's culpability was medium. Harm fell within category 2 after he decided the seriousness of harm risked was level A with a medium likelihood. Under the sentencing guidelines, the judge classed Amey as a large organisation (turnover close to £500m) and this set a starting point for the fine at £600,000.

This was the final penalty handed down to Amey after the judge made adjustments for aggravating features (the company was prosecuted in 2015 after a road worker lost his arm), mitigation, financial information (reported substantial losses over a five-year period) and the early guilty plea.

London, England
Up to £50000 per annum + plus excellent benefits
Reference
5447891
END_OF_DOCUMENT_TOKEN_TO_BE_REPLACED