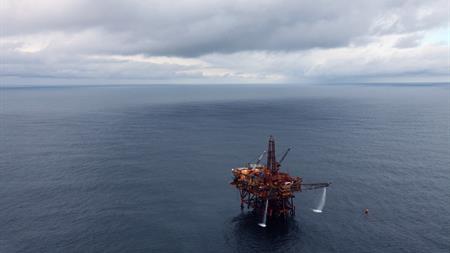 The gas release on the Heather Alpha platform near Shetland on 1 March occurred only months before the 30th anniversary of the Piper Alpha disaster on 6 July 1988, which claimed 167 lives.

The HSE's report into the incident found that platform operator EnQuest forced an emergency shutdown after three gas detectors registered the presence of flammable gas. More gas was then released and picked up by a fourth detector, according to Energy Voice.

An EnQuest spokesperson said: "During routine operations, the flare extinguished which resulted in a limited amount of gas accumulating, externally, around the north face of the platform.

"The safety systems activated automatically, as designed, and production was shut down immediately."

The HSE told IOSH Magazine that inspectors had visited Heather Alpha and served an improvement notice on 28 March after concluding that "appropriate measures to prevent fire and explosions" had not been taken. EnQuest has until 28 September to comply with the notice.

The EnQuest spokesperson added: "We are working closely with the HSE to learn from the incident and are on target to comply with the terms of the notice."

In April Chris Flint, the director of the HSE's energy division, wrote to all offshore oil and gas production operators urging them to take firmer action to prevent hydrocarbon leaks (HCRs). He said that in recent years, there had been several releases that came "perilously close to disaster".

"Experience from our investigations is that HCRs typically happen because there have been failings across the board," he said. "Poor plant condition, and breaches of procedures are often immediate causes, but beneath that we often find a lack of leadership, a poor safety culture, and evidence that weaknesses have existed for some time, but haven't been picked up through audit, assurance and review and then dealt with."

A HSE spokesperson told IOSH Magazine that, for the review to be robust, operators will most likely need to speak to staff at all levels, potentially with third party providers, and to dedicate resources to review their practices and performance against relevant standards.

The correspondence referenced the HSE's revised loss of containment inspection guidance, and new HCR prevention document, which was produced by Step Change in Safety, an industry-led organisation.

The letter requires operators to respond to the HSE by 20 July with a summary of their improvement activities and an action plan based on their self-assessment.

The HSE said that responses to the letter will shape its future intervention plans with individual operators, and the industry at large. The regulator will also look to identify any common themes, concerns and good practice, which will be shared with industry later in the year.

Heather Alpha, which is located 96 km east of Shetland, has been operating since 1978. In October 2008, 57 non-essential staff had to be evacuated from the platform as a precaution when 20 tonnes of oil leaked from the processing module into the North Sea. At the time, the platform was operated by Swedish oil and gas exploration and production company Lundin Petroleum.