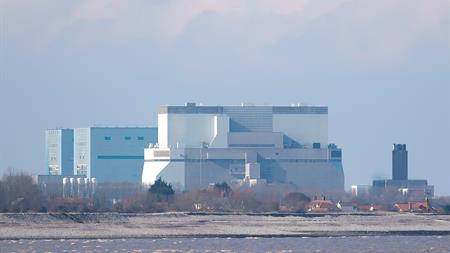 After previous workplace deaths workers have sometimes downed tools, particularly if the incident takes place in their work area. However, construction union Unite has agreed that if the joint venture partner applies the "continue to work" policy properly and sensitively and does not put anyone else in danger on the site, its members will comply.

According to the Construction Enquirer, Unite's members working on the site were encouraged to agree the deal in August to protect payouts to the family of any worker who dies on the project.

A Unite spokesperson said: "Everyone working on a construction site has a right to work in a safe environment and the absolute priority must be to ensure that deaths and injuries do not occur.

"If a terrible tragedy should occur and someone is killed on site, then it is essential that workers in the immediate vicinity and anyone also potentially in danger should leave the site."

Unite has said that the size and scale of the Hinkley Point C development makes the project unique. The plant is the first nuclear power station built in the UK in 20 years and will be the biggest construction site in Europe.

"Given those circumstances where workers on one part of the project will likely never meet or see workers on other sections, such a policy if it is properly and sensitively applied is appropriate," said the Unite spokesperson.

According to Construction Enquirer, the chief contractor Bylor, a joint venture between Bouygues Travaux Publics and Laing O'Rourke, has agreed to pay £50,000 in the event of a fatality and match any money raised by workers.

Bylor will construct the buildings that will house the two European pressurised reactors (EPR) at Hinkley Point C, in a civil engineering project worth £2.8bn. According to French utility company EDF, which is putting up most of the funds to build the £18bn plant, the EPR technology can achieve around 1,650 MW of power output, compared with 1,450 MW for most modern reactors.

However, according to an article in the Guardian in 2016, there have been problems at other EPR construction sites.

The Hinkley Point C project is already behind schedule and significantly over budget. Once complete, it should provide 7% of the UK's electricity.