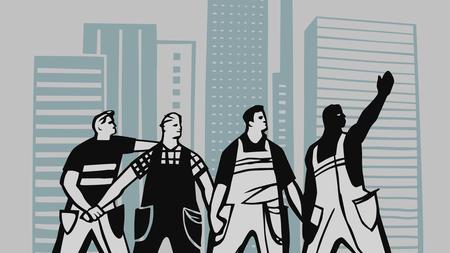 A policy brief published by the European Trade Union Institute (ETUI) says unions should also press for the standard to include explicit requirements for employers to provide all protective equipment free to workers.

The briefing paper echoes previous union concerns that certification to the new standard could be used by regulators as evidence of an organisation's compliance with safety and health regulation or of a sound OSH culture.

But the standard only evaluates systems and is "driven by process rather than outcome", says the briefing; it has no means of assessing an organisation's safety and health performance.

"The process of seeking to achieve certification to the ISO45001 standard may impose bureaucratic requirements that are not a necessary part of good health and safety management," it warns.

It says the draft standard's approach to worker training, consultation and information is "at variance" with the requirements of the EU Workplace Health and Safety Framework Directive, which outlines the minimum health and safety requirements that employers (and employees) must adhere to and is the overarching regulation from which much European OSH regulation flowed.

The paper acknowledges that enhanced clauses on worker involvement in the DIS mark a "considerable step forward" from earlier ISO 45001 drafts, but notes that in places it still "emphasises the need to make employers 'aware' as oppose to consulting them."

It notes that the United Nations' International Labour Organisation (ILO) published a paper on the draft standard in February identifiying areas of concern including the lack of any specification for certified organisations to provide training and personal protective equipment free of charge.

Labour organisations such as the ILO, the European Trade Union Confederation and national unions do not have voting rights on the DIS but they can make comments to the national bodies evaluating the draft.

"They should call for stronger worker involvement within the standard;" says the briefing, written for the ETUI by Hugh Robertson, senior policy officer for health and safety at the UK Trade Union Congress. "In particular they should ask for even stronger wording on issues such as the independence of safety representatives, paid time off for them to undertake their activities and for training (for both representatives and workers), and the need for meaningful consultation and participation in all health and safety issues.