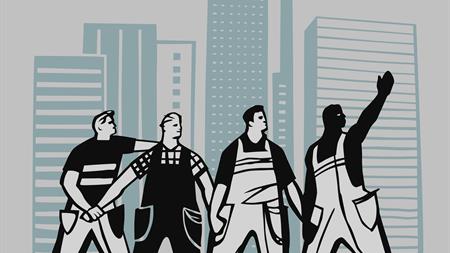 The report, The Union Effect: How unions make a difference on health and safety, reviews research that finds there are 24% fewer incidents in workplaces with recognised unions compared with those that do not.

Staff were found to be twice as likely to have received safety and health training in the previous year if a union was present in their workplace, and were also more willing to report hazards.

By reducing the number of days lost to work-related illness by more than 286,000, safety reps are estimated to save the economy more than £181m, the TUC says.

The Congress has raised concerns that the government's trade union bill, which will cap the amount of time public sector trade union reps can spend protecting and supporting members, will put other workers and the public at risk.