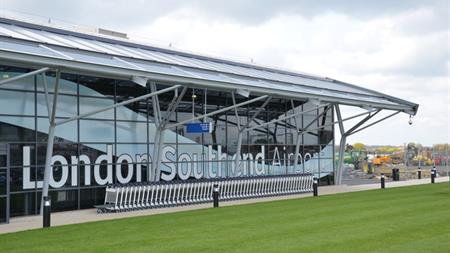 Aircraft repainting and refinishing firm Air Livery has been fined £66,000 over the incident on 16 August 2017 and ordered to pay costs of £5,496.
Employees were cleaning the floor of the hangar used for paint spraying aircraft. Chelmsford Magistrates' Court was told Air Livery had instructed them to pour the flammable solvent on to the floor to clean off the paint residue.
The solvent caught alight and an attempt to put the fire out with water caused the flames to spread.
The airport remained open, but the hangar and nearby businesses were evacuated while firefighters tackled the blaze for several hours, Echo News reported.
Health and Safety Executive (HSE) inspectors found the company had not risk-assessed the floor cleaning process and the highly flammable solvent was used in an uncontrolled manner. It also found employees had little knowledge about the flammability of the solvent and firefighting measures.
Air Livery pleaded guilty to breaching s 2(1) of the Health and Safety at Work Act and s 5(1) of the Dangerous Substances and Explosive Atmospheres Regulations.
After the hearing HSE inspector Jill Mead said: "This was a serious incident and it is fortunate that nobody was injured as a result of it.
"Those in control of work have a responsibility to devise safe methods of working to provide the necessary information, instruction and training to their workers in the safe system of working.
"Readily available solvents used daily for cleaning paint spraying equipment are extremely flammable and their use should be assessed."
Topics
Chemicals
Safe systems of work
Manufacturing and engineering
News