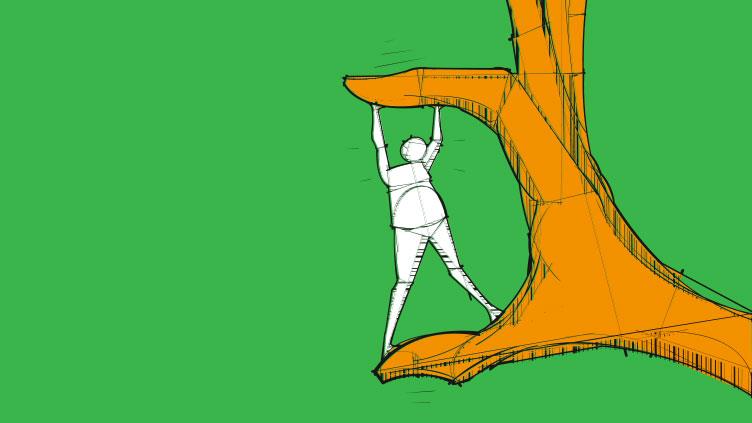 Anti-bullying training and disciplining individuals is not enough to stop ill-treatment in the workplace. This is the message from researchers who carried out a study funded by IOSH which found more than two workers in five in the Republic of Ireland have experience of ill-treatment at work.

The research, led by Dr Margaret Hodgins of the University of Ireland at Galway, found that 43% of 1,764 people had been subject to one or more of 21 types of ill-treatment. A survey, carried out in respondent's homes, was followed up by case studies based on interviews with employees and managers in three organisations.

The comparable British Workplace Behaviour Survey (BWBS) in the UK in 2008 reported a higher level of perceived ill-treatment, at 54%.

Broken down by type, the Irish survey found:

Some 9% had experienced two negative acts a week, taken as an indicator of bullying. The study notes that this was higher than in previous surveys in 2007 (which found a comparable figure of 7.9%) and 2001 (7%) and was "consistent with expectations in the light of the pressures on employees during and in the immediate aftermath of the recession". It notes an earlier US study that reported an increase in bullying in times of economic difficulty.

However, Hodgins points to conflicting research by the Irish Economic and Social Research Institute published after the IOSH-sponsored report was completed. This showed that reported cases of stress, anxiety and depression among Irish workers fell after 2009 and throughout the recession (bit.ly/2BlOoSe).

Across most of the measures of ill-treatment the researchers found little difference between men's and women's experiences, though Hodgins notes that more women reported having been subject to the two or more incidences a day that the researchers view as signifying severe bullying. She says she will be exploring the gender findings further.

Members of ethnic minorities were substantially more likely to have experienced ill-treatment. Asians reported more physical violence, incivility and disrespect while those of black or mixed ethnicity experienced the highest levels of unreasonable management and of witnessing workplace violence.

The survey found workers aged between 25 and 34 were at greatest risk of experiencing, witnessing and perpetrating unreasonable management and of suffering severe bullying; the under-25s experienced more incivility or disrespect. Those aged between 35 and 44 were more likely to experience violence than other age groups.

The survey was followed by interviews with a cross-section of workers in three medium-sized or large organisations: one in the voluntary sector, a local authority and a healthcare provider.
The researchers note that, although all three had well-developed policies on bullying and harassment, equal treatment and dignity at work, employees seldom felt these were implemented thoroughly.

The report's authors say their findings point to the need for organisations to focus on the role of middle managers, who play a critical role in dealing with ill-treatment issues and in creating a culture that supports them. They say employers should also recognise and try to address the fear among employees that they will face reprisals if they allege ill-treatment.

"The big take home is in relation to the work environment," says Hodgins. "It has been discussed quite a lot in the literature on bullying and this study adds [more weight] to it."

Negative behaviour, is often attributed to the characteristics of individuals, she says, leading employers to think it can be curbed by simply disciplining or removing a few people.

"Personality does come into it," she says, "but this research shows it goes well beyond that to the organisation as a whole and how it treats people day to day."

She says a proactive approach could involve not just focusing on the worst forms of ill-treatment but on positively promoting civility.

"Many organisations just assume people are going to be nice to each other," Hodgins says, "and the reality may be very different."

Along with the research, IOSH has published a suite of free resources for OSH practitioners to use in evaluating and tackling ill-treatment and bullying. It comprises a questionnaire for employers to survey their workforces, a guide on addressing ill-treatment issues, and a leaflet for non-OSH managers explaining the role they play in maintaining respectful working environments (bit.ly/2BlwDCC).