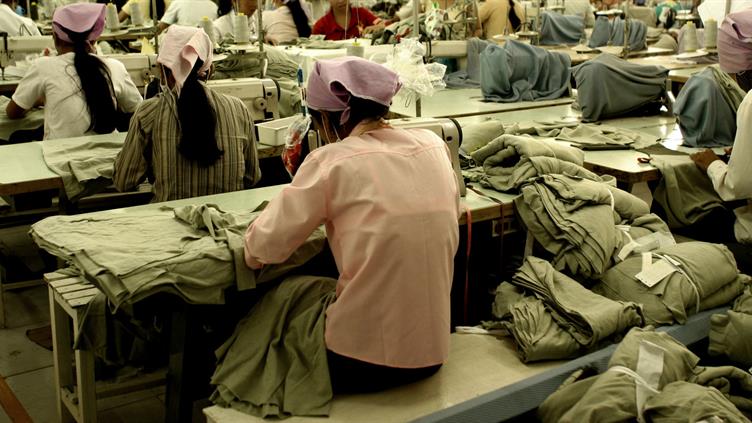 The independent review by Tufts University in the US, published today, reviewed the Better Work programme -- a partnership between the UN's International Labour Organization and the International Finance Corporation set up in 2007 to improve garment factory working conditions.

Better Work's Supervisory Skills Training (SST) programme "presents a clear case for empowering supervisors to excel at their work", the report says. The analysis showed that production lines overseen by SST-trained female line supervisors increased factory productivity by 22%, when compared with lines managed by supervisors who had not yet received such training.

The study's evaluation of the SST programme found that the training lowered injury rates among workers and reduced instances of unbalanced lines, in which garments pile up at one workstation and workers sat idle at another. Turnover among supervisors, as well as among workers overseen by trained supervisors.

Workers told researchers that they had seen notable positive improvements in OSH conditions in their factory since receiving training on health and safety practices, fire safety, first aid and emergency preparedness. They reported an improvement in fire emergency procedures and medical supplies, and easier access to PPE.

Though managers agreed that awareness and adherence to OSH regulations increased through engagement with the programme, they said sustaining behavioural change in the factory was a challenge.

The report, Impact evaluation of Better Work: A Report from Tufts University, is based on nearly 15,000 survey responses from garment workers and 2,000 responses from factory managers in Bangladesh, Cambodia, Indonesia, Vietnam, Jordan, Haiti and Nicaragua.

It said: "Workers report higher levels of life satisfaction and wellbeing if they work in factories that comply with laws regarding child labour, discrimination and forced labour. Worker wellbeing is also higher in factories where workers perceive better working environments."

Feeling safe and working in an environment with good air quality and comfortable temperatures also contribute to worker wellbeing.

Since eight in ten workers in the factories enrolled in Better Work were women, many of them aged of 30 or younger, and the programme expanded access to pregnancy-related healthcare. In Haiti, for example, prenatal check-ups are now available to 26% of workers, compared with 6% when the programme started, analysis showed.

"There is strong evidence demonstrating that improving working conditions is not a financial burden for a factory; on the contrary, it is a critical component of its success," the report concludes. "Factories where workers report better working conditions, where compliance is higher, and where supervisors are well equipped for their jobs are more productive and more profitable."

More than 1,300 factories employing over 1.6 million workers are involved in the Better Work programme.