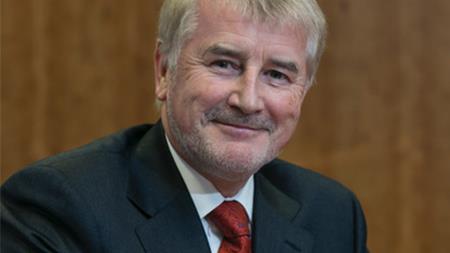 In accordance with parliamentary procedures for a public appointment, the Transport Select Committee will hold a pre-appointment scrutiny hearing with Collier later this year, after which a final decision on his nomination will be made.

The new chair is expected to take up the post on 1 January 2019 and transport secretary Chris Grayling said he expects to appoint Collier as a non-executive member of the board for a brief period before he takes up the role.

Glaister will step down at the end of 2018 after three years and will return as a non-executive director on the ORR's board. He has served as chair in an interim capacity since December 2015, when former chair Anna Walker stepped down.

In a statement, the Department for Transport (DfT) said Collier "demonstrated an outstanding range of skills and a distinguished record in delivering for transport users following a high-flying career in aviation".

Collier was chief executive of London City Airport since 2012 until resigning recently and before that he spent seven years as the chief executive of Dublin Airport Authority. He is a non-executive board member of aviation company The Royal Schiphol Group and of ground support equipment services provider TCR International NV.

Grayling said Collier brings "a wealth of transport sector knowledge", adding that he was "confident he will be able to tackle the diverse range of issues that the regulator covers".

He continued: "I would like to thank Stephen Glaister for his work. He has played a distinguished role as chair, bringing important leadership during the 2018 periodic review process, which will set the regulatory framework and funding for Network Rail for the next five-year control period."